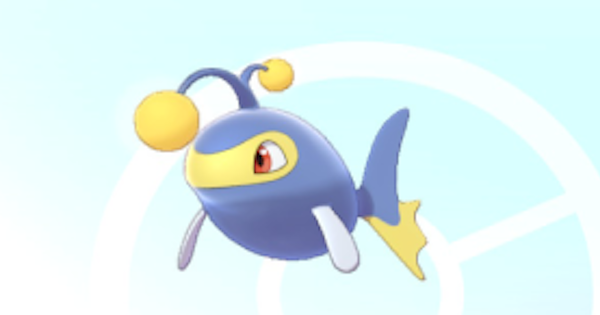 Find out how to breed Lanturn in Pokemon Sword and Shield! Learn about the best competitive Lanturn movesets, best builds, best nature, counters & the breeding process!!!

EVs Allocated To Take On Rotom

This Pokemon is almost exclusively built to counter Rotom! Aside from its excellent HP, the rest of Lanturn's stats are somewhat sub-par. So, SpAtk/SpDef EVs prove very necessary. Since Lanturn's speed is already quite low, there's no need to invest further in it as it won't really accomplish much. Focus on survivability instead.

The main appeal to Lanturn is its Water/Electric typing and the ability Volt Absorb, giving it an immunity to Electric moves. With the exception of Mow Rotom, you should be able to 1v1 any Rotom variant with ease. However, because its other stats are so low, we only recommend bringing it out vs. Water/Electric types.

This build builds on Lanturn's innately good bulk and further specializes it into being a Special wall. Although it has less damage potential than the Sp.Atk build, it still functions superbly vs. Water and Electric types. Switch Lanturn into a favorable matchup and force a switch from your opponent.

It's highly unlikely that an opponent with an unfavorable matchup will stay in vs. your bulky Lanturn. As such, it's better to have something prepared in advance for the follow-up Pokemon. Status moves like Thunder Wave are recommended here to help you stay alive. For a similar reason, Volt Switch is also necessary for this build.

How To Play Against Lanturn

Lanturn's defensive capabilities are specialized almost entirely in dealing with Water and Electric type Pokemon. Its physical defense is quite low, so it's not very hard to take it out with a simple Earthquake. The most important thing is to avoid unfavorable matchups vs. Lanturn.

The Water/Electric type is particularly weak to Pokemon such as Seismitoad, Quagsire, and Gastrodon, as all of them have ways of negating both Electric and Water moves. If you have status moves, consider using Lanturn to set up for the next Pokemon.

Use A Special Wall

Lanturn's offensive stats are not particularly impressive, so any Pokemon that has a moderately decent Sp. Def can take it on and win in a 1v1. However, be aware that it could Volt Switch out at any moment.

Speed EVs won't be necessary as you likely won't be outspeeding much anyway. Focus on taking out Rotom!

A bulkier varient with less firepower.

Lanturn cannot learn will-o-wisp. At least not to my knowledge. No level up learning it and no tm teaching. Is it an egg move?