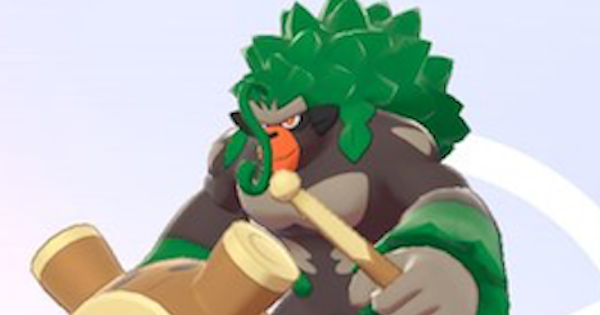 Find out how to breed Rillaboom in Pokemon Sword and Shield! Learn about the best Rillaboom competitive movesets, best builds, best nature, counters and the breeding process!!!

One of Rillaboom's main draws is that it can use Knock Off, a Dark-type move which disables the opponent's held item. Unlike the last generation, where Z-Crystals & Mega Stones couldn't be disabled, Knock Off can be used effectively against almost any Pokemon! Additionally, some Pokemon can no longer learn this move, making it a rare move!

Strong Against Pokemon That Rely On Items

Knock Off can be devastating for Pokemon which are in serious need of their held item. Try knocking off Galarian Corsola's Eviolite, or any of Greedent's Berries to throw a huge wrench in their strategies.

Drum Beating is an attack exclusive to Rillaboom which has 80 power, 100 accuracy, and lowers the opponent's speed 1 stage! This is incredibly useful and could lead to you getting the first hit on the second turn.

The Assault Vest prevents a Pokemon from using status moves, which is no problem at all for Rillaboom. He can benefit from the increased Sp.Def without incurring any drawbacks. A tankier build could instead opt for Leftovers or a Berry.

Rillaboom is the fastest Pokemon, so some augmentation of its speed stat is preferable in order to ensure you hit your Knock Off!

For bulkier variants, consider allocating 252 EVs to your HP stat. Rillaboom has a fairly decent health pool which can allow it to survive many moves, especially if Dynamaxed.

How To Play Against Rillaboom

Avoid Pokemon Who Rely On Their Items

If you see a Rillaboom on the opponent's roster, expect your items to be rendered unusable. It's better to send in Pokemon that can still function without their items.

Aside from Earthquake (which doesn't work on Rotom and Charizard), Rillaboom has no real way of dealing with Fire-type Pokemon. In most situations, it will likely U-Turn out when it sees a Fire-type. Try to read your opponent's play to your advantage.

You might not want to breed to get a good one, if you choose Grookey as your first partner, because I is going to be able to Gigantamax. And it’s probably going to be the strongest one, tied with Cinderace and Inteleon.