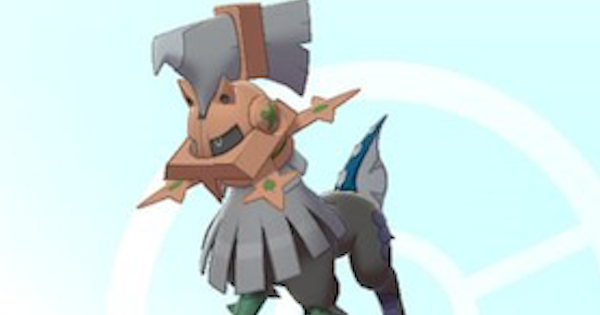 Find out how to get Type: Null in Pokemon Sword and Shield! Learn about the best competitive Type: Null movesets, best builds, best nature, counters & if you can breed it!!!

Type: Null's main role is to act as a cushion, able to take a hit from a Pokemon (due to its Eviolite-boosted defenses) and swapping out into a more favorable matchup using U-Turn. When U-Turn goes second, you will be able to switch without your next Pokemon taking a hit! This Pokemon is often seen in combination with Durant.

Go For The Lowest Speed

When considering the mirror match up, you'll want to ensure that your U-Turn lands last so that you can choose which Pokemon to switch into. Unfortunately, Type: Null cannot be bred, which means the only way to do this is to reset until you get 0 Speed IVs.

Rest And Sleep Talk Go Together

It goes without saying, but if you're using Sleep Talk, you should use Rest. You can replcae Tri Attack and Shadow Claw with these two. U-Turn is a must on all builds. If you're running a Sleep Talk build, swap out Thunder Wave for another attacking move.

The typical build, due to the prevalence of physical attackers in the meta, this one is more recommended.

Type: Null's Sp. Def is the same as its Defense, so this choice is up to you.

How To Play Against Type: Null

Assume It's Always Accompanied By Durant

The combo of Type: Null and Durant is so common that it's even garnered the nickname "Nullant" in the Japanese community. It's better to think of them as a set in the current meta. When you see them in selection phase, make sure to be ready to handle them!

Fight Behind A Substitute

By setting up a Substitute, you won't be affected by Thunder Wave, and it can't be destroyed easily by just U-Turn. Cinderace and Dragapult can both set up Substitutes and deal with Durant.

Flip The Tables With Trick Room

Trick Room will make it so (in many cases), Type: Null will attack first. This renders U-Turn less viable, as you'll be able to get damage in on the incoming Pokemon.

Type: Null - Can You Breed It?

Type: Null Is Not Breedable

You can Hyper Train the rest of its stats and change its nature, so focus on getting a low Speed IV stat above all else.

Find Out Where To Get Type: Null Here!