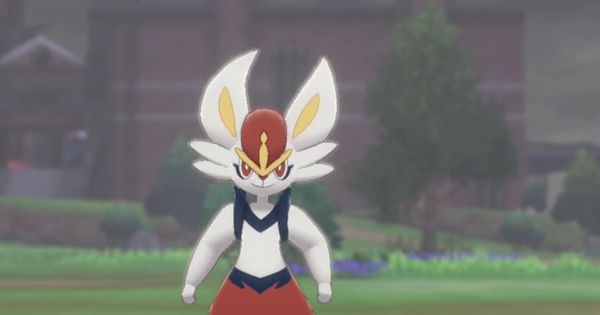 Find out how to breed Cinderace in Pokemon Sword and Shield! Learn about the best Cinderace competitive movesets, best builds, best nature, counters, & its hidden ability!!!

Cinderace is an overall very strong Pokemon with good attack and a high speed stat, with access to a lot of really great moves. It also has an excellent Hidden Ability, which is unfortunately not obtainable yet.

Max Knuckle allows Cinderace to boost its attack even more, and it provides excellent type coverage.

Cinderace has access to Fire, Fighting, Dark, Psychic, Steel, and even Flying moves, giving you a lot of room for customization. Consider experimenting with different sets as you see the meta develop.

This build focuses on Court Change to clear hazards and veils. If you anticipate a Grimmsnarl coming out and setting up Reflect and Light Screen, consider bringing in this build. Works best when used with the element of surprise.

Boosting Speed and Attack is basically the main way to go with Cinderace. It isn't very viable in many other builds.

How To Play Against Cinderace

As long as you don't take a super-effective hit to the face, chances are you'll be able to survive Cinderace's attacks (except if it boosted its attack with Max Knuckle!) Switch into something with a type advantage and set up on it.

Just because Cinderace is a physical attacker doesn't mean your usual Will-o-Wisp strategy will work! Remember that Fire types can't be burned and try an alternative method.

Watch Out For Taunt

Cinderace is able to learn the move Taunt, making it somewhat dangerous for some tanks, like Galarian Corsola.

Hidden Ability Libero Not Available Yet

Although it seems that Cinderace will have an excellent hidden ability, it doesn't seem to be obtainable currently and there is no news as to when it will come out. Libero will turn the user into the type of the attack they're about to use. This will grant them a STAB bonus on every attack.

Check Out Some Other Hidden Abilities Here!

Mine has Bounce, Pyro ball, blaze kick and zen head****