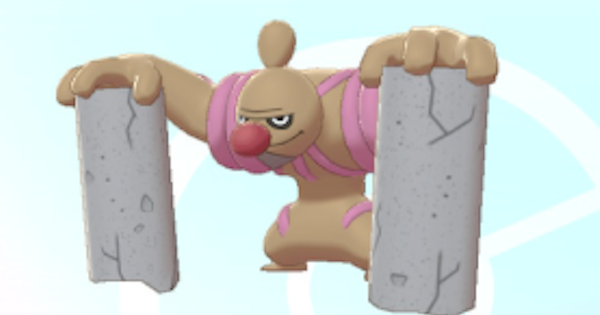 Find out how to breed Conkeldurr in Pokemon Sword and Shield! Learn about the best competitive Conkeldurr movesets, best builds, best nature, counters and the breeding process!!!

By using the Flame Orb to inflict a burn on itself, Conkeldurr gains a 1.5x boost to its attack. It's also important to note that while burned, Conkeldurr's attack will not be lowered, so rest assured.

Mach Punch & Drain Punch Are A Must

Mach Punch allows Conkeldurr to get the first hit despite its awful speed. Drain Punch is used to heal up the damage you accrue from your Flame Orb. These two moves are set, but the remaining two should be customized according to your needs.

Conkeldurr's low speed makes it a good candidate for Trick Room. However, since it cannot learn Trick Room itself, you'll need to have another Pokemon set it up in advance. If you're using Trick Room, make sure to change its nature to Brave.

Conkeldurr's fighting type moves are extremely effective against Tyranitar and Excadrill, both of whom are quite common in the current meta. Drain Punch can guaranteed knock out Tyranitar, and Mach Punch has a chance of 1-shotting Excadrill.

With the prevalence of Max Airstream and the two ghost Pokemon Mimikyu & Dragapult, it's not a good time to be a fighting-type Pokemon. Picking Conkeldurr might put you in some tricky situations, or lead to you not picking him a large percent of time. The loss of Knock Off in this generation has also hurt him somewhat.

Physical power and HP are the best bet for most Conkeldurrs, as their speed is too low to do anything with.

How To Play Against Conkeldurr

Conkeldurr's Sp. Def is lower than its Defense, meaning that Special moves are your best friend. Charizard and Togekiss both have STAB Flying moves which can take out Conkeldurr with relative ease, usually in 1 shot if Dynamaxed.

Ghost types are of course immune to Fighting type moves, allowing for an extremely easy switch-in. Mimikyu is a great bet here, as it also has its Disguise on top of its Fighting immunity. Galarian Corsola can outlast Conkeldurr and take it out with a 130 power Hex. In a pinch, even a Dragapult will do!

Watch Out For Trick Room

As soon as you see your opponent's Pokemon, make sure to check if they're running a Trick Room team. If you see Mimikyu, Hatterene, and Whimsicott alongside Conkeldurr, there's a good chance you'll be dealing with a Trick Room strategy.