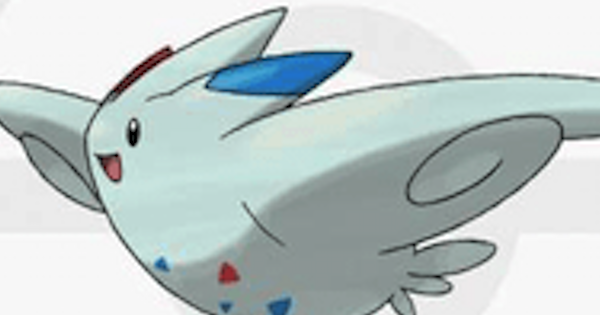 Repeatedly Cause Flinching With Serene Grace

Togekiss has good typing, a great move pool, and the Serene Grace ability, all of which make it a formidable opponent. A high flinch chance with Air Slash and the higher chance of burning with Flamethrower make it dangerous to face.

Togekiss has somewhat low HP, but compensates for this with decent defensive stats. This makes it a perfect choice to Dynamax. In addition, STAB Max Airstream allows it to deal huge damage and boost its speed! Max Starfall also lets it to prevent status conditions.

If you plan to use Togekiss mainly as a Dynamaxer, you will lose a lot of the effect of Serene Grace. In such cases, consider using the Super Luck ability. This increases the critical hit chance and can help you win fights!

If you find yourself struggling against tanks, consider running Encore or Substitute instead of Aura Sphere.

With Leftovers and STAB Draining Kiss, this variant looks to outlast certain threats. Boosting its defense will allow it to sustain hits with ease. In the meantime, focus on establishing a sweep by using Nasty Plot.

Check Out Other Battle Items & Their Locations Here

This Togekiss will focus on using Serene Grace to generate strong STAB flinches with Air Slash. It can also inflict a burn with a higher chance using Flamethrower.

This Togekiss is more defensive, which would ideally use Nasty Plot to set up and perhaps Wish to heal. This set may be weaker now that Togekiss is not able to use Roost in Sword and Shield.

How To Play Against Togekiss

If you always go 2nd vs. Togekiss, you will likely get flinch locked due to Air Slash. This is really undesirable, so try to only send out Pokemon which are faster!

If You Can't Outspeed It, Dynamax!

Sometimes you might be out of options in terms of fast Pokemon. In these situations, Dynamax! Dynamaxing prevents you from flinching, which is a huge lifesaver.

Many Togekiss out there are running Weakness Policy, so it's better to whittle it down with neutral moves first. Max Airstream + the Weakness Policy proc could be extremely devastating for your team.

How To Get Togepi

Although it's possible to catch a Togepi at Bridge Field, it is quite rare. We recommend trading for a Toxel in the western part of Hammerlocke.

Find Out Where To Get A Toxel Here!

Roost - Unable To Use

Unfortunately, in Sword and Shield Togekiss is no longer able to use the move Roost, which has hurt its defensive capabilities somewhat.

Check Out Which Pokemon Can Learn Roost Here

Why would rotom use overheat to counter?