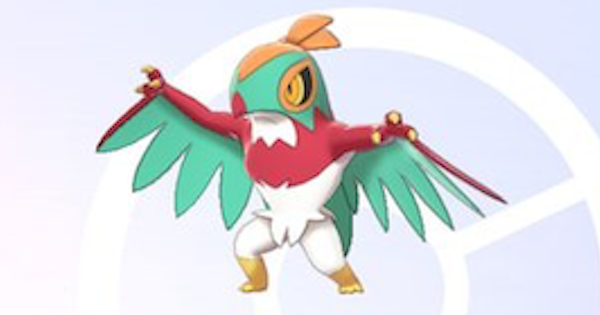 Find out how to breed Hawlucha in Pokemon Sword and Shield! Learn about the best competitive Hawlucha movesets, best builds, best nature, counters & the breeding process!!!

Take Out Mimikyu With Mold Breaker

Mold Breaker allows Hawlucha to ignore Mimikyu's Disguise ability. Given how common Mimikyu is in the current meta, this is particularly appealing. However, even though it can land Dig on Rotom, this is not recommended due to Hawlucha's Electric type weakness.

Faster Than Most Pokemon

Hawlucha's base 118 Speed gives it the upper hand when it comes to hitting first. In terms of commonly used Pokemon in the meta, only Dragapult, Inteleon, and Cinderace can manage to outspeed it. With the exception of speed boosting moves/abilities, Hawlucha can strike first. With a speed boost from Max Airstream, it can even outspeed Dragapult!

Fourth Move Choice Is Up To You

We strongly recommend taking Close Combat (or High Jump Kick, either is ok), Brave Bird, & Iron Head on your Hawlucha. The final move, however, entirely depends on what your team is in need of. Note that if you want to use Max Guard, you'll need to put in a support or status move (such as Swords Dance).

Actively Use Up Your Item

Hawlucha has gained the move Close Combat this generation, meaning it can now combo it with Unburden and a White Herb. When Close Combat lowers your stats, they will be returned to normal and the White Herb will be consumed. This will trigger your Unburden Speed bonus. In contrast with previous generations, this time around Hawlucha can actively use up its own item.

Boost Your Speed And Sweep

An Unburdened Hawlucha is extremely fast, so much so that it doesn't even need a speed boosting nature. It can reach 340 speed (at Lv. 50) with an Adamant nature, which is even faster than a Scarfed Dragapult or Excadrill (not in a Sandstorm). Use this to your advantage and overpower your opponents.

Both builds benefit from the exact same EV distribution. Max out Speed and Attack to do the highest amount of damage possible.

How To Play Against Hawlucha

Watch Out For Its Wide Coverage

Although most Hawlucha will probably run a Fighting, Flying, and Steel move, the last move can be extremely difficult to predict. Possible move types it could use include Ground, Rock, Fire, Electric, Psychic, and Dark.

If you spot a Pincurchin on the enemy team, chances are the accompanying Hawlucha will have a very specific build to make use of its partner. Prepare a physical wall and special attacker to deal with Hawlucha so it doesn't sweep you.

The Rotom Family Are All A Good Pick

Basically any Rotom form you pick will have a decent to good matchup against Hawlucha, as they all resist Flying moves and can use Electric moves. Also, even a Rotom with 0 Defense EVs can usually withstand a (Jolly) Max Quake (although it comes down to a roll).

Mold Breaker Is A Hidden Ability

If you're using the Mold Breaker build, it's important to note that you'll need to capture a Hawlucha from a Max Raid Battle in the Wild Area.

Does weakness policy being used up qualify for unburden?