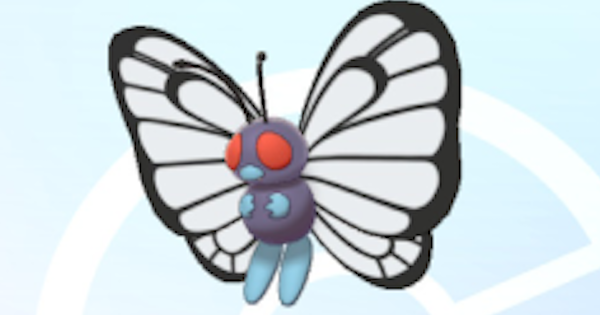 By setting Butterfree's HP to a multiple of 16 + 1, we can maximize Leftover healing and the amount of times you can Substitute. With 204 HP EVs, Butterfree will have 161 HP (at Lv. 50). Alternatively, you can put 76 EVs in HP to reach 145 HP & dump the remaining EVs into Special Attack if you wish.

Check Out How To Get Leftovers!

Butterfree's unique ability allows it to increase the accuracy of its moves. This allows the otherwise quite hard to land Sleep Powder to have around a 97% accuracy. After putting your opponent to sleep, set up a Substitute and buff up with Quiver Dance.

Once you've put your opponent to sleep, pray that they don't wake up immediately. If you can stall out 3-4 turns, you'll be able to recover most of the HP lost from Substitute with Leftovers. In the meantime, build up Quiver Dance stacks. If your opponent wakes up after 2 turns, put them back to sleep again!

Grimmsnarl's Prankster ability allows status moves to hit first, which lets you set up a Scary Face or Thunder Wave on your opponent before switching into Butterfree. A Dragapult running Thunder Wave can fulfill a similar role.

This G-Max move randomly applies one of three status conditions to your target. Although you can't choose whether you want Paralysis, Sleep, or Poison, any of those would be a substantial benefit for your team.

Although Butterfree is rather slow, it retains the option of boosting its speed up with Max Airstream. Alternate it with G-Max Befuddle for maximum effect.

Brute Force It With Tinted Eyes

Butterfree's Hidden Ability Tinted Eyes allows it to deal regular 1x damage with moves that are not very effective. This makes G-Max Befuddle a lot easier to use. However, since Butterfree isn't particularly strong in terms of offensive stats, we still encourage you to aim mostly for Super-Effective hits.

Since the Compound Eyes Sleeper build is so popular in single battles, there aren't really many opportunities to use the Gigantamax version. However, in Double Battles, G-Max Befuddle can apply status effect to both enemy targets, making it significantly better!

This build optimizes Leftovers regeneration at Lv. 50 while maximizing speed.

This build optimizes Leftovers regeneration at Lv. 50 while maximizing speed.

How To Play Against Butterfree

Grass type Pokemon are immune to the effects of Sleep Powder. However, they are generally weak to Butterfree's flying-type moves, so it's preferable to bring a dual-type Grass type like Ferrothorn or Mow Rotom.

If your Pokemon can use Volt Switch, try using it to break the Substitute and switch into a Pokemon faster than Butterfree.

Remove The Effects Of Sleep

The only real reason to bring Butterfree is Sleep Powder, so if you can disable sleep with a Max Move, or cleanse its effect with a Lum Berry, you'll be in good shape to deal with it.

Butterfree's rather abysmal sub-400 base stats, along with its mediocre 70 speed don't exactly make it a powerhouse. Considering that it also often needs Grimmsnarl to help support it, it's likely that your opponent is at a significant base stat disadvantage if they're running Butterfree. It's usually worth using Dynamax to take care of Butterfree.