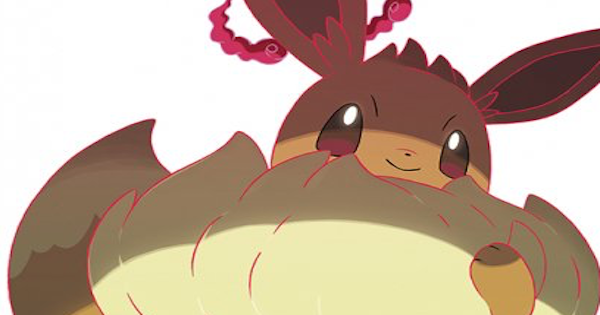 Check out this Pokemon Sword and Shield guide on the limited time Max Raid Battle Event for Gigantamax Eevee! Includes den location, stats, moveset, how to beat, & how to get!!!

The second titular Pokemon of Let's Go Pikachu & Eevee has made its way to dens across the wild area on May 19th for one week! This follows the one week of Gigantamax Pikachu raids and will be a great opportunity for players who don't have a Let's Go! save file to get the Pokemon. After this event, Gigantamax Meowth will be available for one week.

Because Gigantamax Pikachu with their hidden ability appeared in the previous event, we think it is likely that the same is true for Eevee. This could be a chance to get a unique Gigantamax Eevee with a hidden ability!

Gigantamax Pikachu spawned at random dens in the wild area, and the same is the case for Gigantamax Eevee.

Can You Evolve Gigantamax Eevee?

Having one Grimmsnarl on any team is always a good idea, and while we don't know exactly what kind of moves Gigantamax Eevee will bring out, having Light Screen or Reflect up will massively help your team either way. Taunt is also a fallback option in case these Eevees know any frustrating moves like Yawn, Charm, or Curse.

The main reason for bringing Dracovish, aside from its excellent DPS, is that it is a genderless Pokemon and cannot be affected by infatuation! This will give you an advantage over Eevee's G-Max Cuddle!

Many people's standard fare for Max Raid Battles, Eternatus, is actually quite usable against Gigantamax Eevee! The lack of gender is also a boost as it prevents you from being infatuated, plus Dynamax Cannon deals enough damage to justify a spot!

The generation 5 legendary fighting type trio was recently added to the game via the Pokemon Home Update, so if you haven't already make sure to transfer them over! These 3 are ideal because they are immune to infatuation and have moves STAB super-effective Fighting moves. If you don't have these, almost any legendary will do, as they tend to be genderless as well. Just make sure you bring a Fighting move on them for maximum damage.

How To Beat Gigantamax Eevee

Not As Difficult As Pikachu

Gigantamax Eevee is not as tricky as the previous week's Pikachu was. This means that generally, as long as you have 4 Pokemon constantly attacking, you should be able to take it out with no problem.

As we mentioned above, Eevee's G-Max Cuddle will infatuate your Pokemon. The easy way to deal with this is to bring genderless Pokemon!

Note that Gigantamax Eevee's stats are the same as regular Eevee.