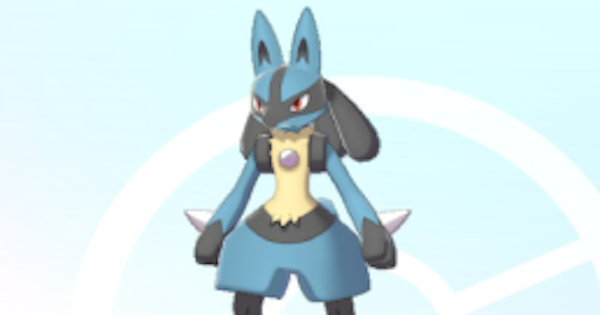 Find out how to breed Lucario in Pokemon Sword and Shield! Learn about the best Lucario competitive movesets, best builds, best nature, counters & the breeding process!!!

Lucario's high attack stat and typing make it a very appealing Pokemon. Having a second type in addition to Fighting allows it to get a STAB move off against Ghost types, which are somewhat common in the current meta. In order to give it as many chances to attack as possible, this build opts for a Focus Sash.

Lucario is one of those mixed attackers that not only has the stats but also the move pool to be extremely versatile. It also has set up & priority moves for both physical & special builds, making it quite dangerous if allowed to stack up buffs.

Lucario is an excellent candidate for Dynamaxing, especially if you are using a Choice Scarf build, since Dynamax frees you from your locked in move.

Lucario is able to use Steel Beam, which is a new move introduced in Sword and Shield that has a power of 140. In addition to that, Lucario has access to a STAB priority move as well. Unfortunately, the special variant does not benefit from Max Knuckle's attack increase, so make sure to target Pokemon with relatively weak Sp. Def.

Lucario - Base Points (EVs) and Natures

The physical build gets 252 in Attack and Speed to ensure you go first & do as much damage as possible. Speed boosting natures are preferable.

Same as the physical build but replace Attack with Special Attack.

How To Play Against Lucario

Hit It Before It Sets Up

Lucario is relatively weak before it sets up on you (for example, with Max Knuckle, Swords Dance, or Nasty Plot). Attack it before it has a chance to get buffed up to take it out.

Bring Out Someone Faster

Lucario's base speed is only 90, which is not particularly fast. Bring out a Pokemon that can outspeed it and hit a super effective move.

Be careful sending in a tank on Lucario, as it tends to have incredible move coverage and might be able to get a super effective hit off on you. Also, it can use that opportunity to buff up, so either have Haze ready or send in Galarian Corsola (if you're sure it's a physical build.)

hi it helps a lot