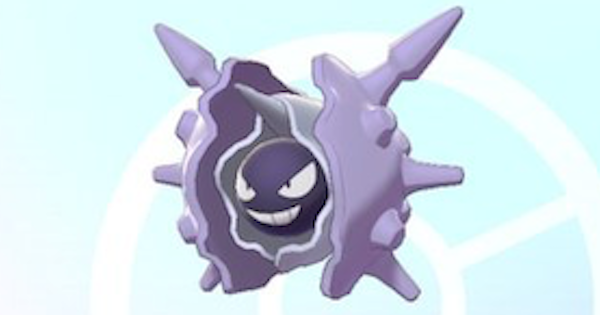 Find out how to breed Cloyster in Pokemon Sword and Shield! Learn about the best competitive Cloyster movesets, best builds, best nature, counters and the breeding process!!!

When a Cloyster uses Shell Smash, its defensive stats will be drastically lowered, so there's no need for additional investment there - place all your EVs in Speed & Attack. The remainder should go in HP.

The ability Skill Link allows moves like Icicle Spear and Rock Blast to hit the maximum 5 times every time. This means that Icicle Spear has an effective power of 125 (before STAB!). Multi-attack moves are particularly strong against Substitute and Mimikyu's Disguise.

Use a Focus Sash or Lum Berry

The two main options for Cloyster are the Focus Sash, to prevent being one shot, and the Lum Berry, which causes it cure a status condition. This can be useful for clearing Paralysis or a Burn.

If you're seeing a lot of tanks in the meta, a King's Rock might be a good alternative item. Since flinch chance is calculated on every individual hit, you'll effectively have a 40% chance of causing a flinch using Icicle Spear or Rock Blast. If you get one flinch, you should be able to finish them off the next turn (assuming Shell Smash buffs).

Watch Out For Sandstorm If Using Focus Sash

Sandstorm will deal damage at the end of the turn, potentially finishing off your Cloyster that just survived thanks to a Focus Sash. Be careful when facing Pokemon that might Dynamax and use Max Rockfall.

Use A Different Nature For Hydro Pump

When dealing with physical tanks, Hydro Pump is a good ability to have due to its high damage output. If you run Hydro Pump, make sure to change your nature to one that doesn't lower Sp. Atk!

Cloyster - Base Nature And EVs

Cloyster doesn't need EVs in Defenses, since they'll be dropped by Shell Smash anyway. Focus on Attack, Speed, and HP.

How To Play Against Cloyster

Cloyster's rock weakness is one of the best ways to take it out. Dynamaxing and using Max Rockfall will summon a Sandstorm and take it out if its using a Focus Sash. Just be careful for Liquidation and Hydro Pump.

Burn or Paralyze It

Using Thunder Wave or Will-o-Wisp is a good way to shut down Cloyster. However, some variants run a Lum Berry, which will cure a status condition, so be careful.

Use A Priority Move

Cloyster becomes very frail after Shell Smash, so priorit moves are effective at finishing it off (especially if is hanging on at 1 life due to a Focus Sash).