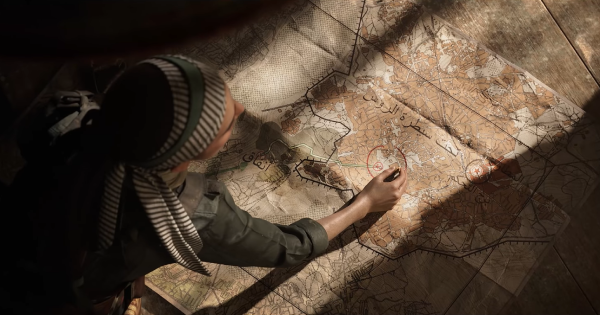 Get grinding this weekend (January 18 ~ 20) as Double XP and Double Weapon XP is up! Take advantage of the XP boost by playing in small maps such as Shoot House 24/7 for faster kills and rotation!

We're extending Season One! Click the link to get all the details! #ModernWarfare https://t.co/3Hm5Ke30gq

Season 1 is now extended up to February 11, 2020. Infinity Ward have stated that this is to make room for more events, game modes, challenges, and some time for players to earn a new Crossbow.

Infinity Ward have pledged to donate 100% of the profits made with the Outback Relief Bundle to fire relief efforts in Australia. To those looking to get this bundle, you can have it for 1800 COD points.

The January 7 playlist update introduces 1v1 Gunfight, making it playable for players along with 2v2 Gunfight. For those looking to grind weapon levels, 5v5 Shipment 24/7 is back and has replaced Shoot House 24/7. Grind is also out, getting replaced with Gun Game.

Kick off this weekend with Double Weapon XP, now live in #ModernWarfare pic.twitter.com/T5pgXCFARo

Call of Duty: Modern Warfare will implement a Double Weapon XP weekend on January 4 ~ 5. Players can take advantage of this time to unlock more attachments for their weapons.

A new game mode, Grind, has replaced Dropzone and is now part of the current playlist. This new game mode combines both Kill Confirmed and Hardpoint, requiring players to bring back dog tags to specific areas for them to be counted as points.

The Season 1 Refresh introduces a number of fixes to the game, stomping gameplay bugs and improving overall user experience. The UI has also been updated in some menus. The update also comes with Cranked, a new game mode. New maps and spec ops missions have also been added.

Check Out The Full Season One Refresh Patch Notes Here!

The claustrophobic maps of Vacant and Shipment are now available for players to enjoy. Replacing "Shoothouse 24/7" is a game mode called "Season One Mosh Pit" giving players the chance to enjoy only the two maps in a variety of modes.

The update also comes with 1 new Spec Ops and 2 new Classic Spec Ops Missions. Players can again jump back into the game to experience these new missions with their friends to earn XP and sweet rewards!

Update 1.12 brings with it a number of fixes for some Blueprint weapons, Challenges, and Spec Ops: Survival.

This new playlist update replaces a number of game modes with newer ones, with Gunfight being replaced by Gunfight: OSP and Reinforce being changed to Infected. Hardcore also gets more modes with the inclusion of NVG Moshpit and Shoot House 24/7.

Shoot House 24/7 is back and has replaced Crash 24/7, allowing players to once again only play in the Shoot House map. The update also brings with it several bug fixes for both Multiplayer and Spec Ops.

Season 1 is finally out and with it are a number of updates and game modes that further enrich the game's already robust experience. It also brings with it a 100-Tier Battle Pass and an in-game store.

Watch Twitch To Get In-Game Items

Season 1 of Call of Duty: Modern Warfare opens with a Twitch Event. Players can get in-game items by watching eligible streams in Twitch. Rewards include an XP token, a Spray, an Emblem, and a Calling Card.

All players will get to enjoy double the experience (XP & Weapon XP) until December 3. To level up fast, try to do missions and challenges as well. Note that using XP Tokens will have no effect as they do not stack with double XP events.

The Gunfight Tournament is now live! Squad up with your friends and participate in a bracket style tournament against 16 other teams for a chance to earn tons of XP and cosmetic rewards!

Check Out the Gunfight Tournament Here!

Shortly after the 1.10 update, a hotfix was implemented that made additional changes and improvements to the game. This includes quality of life changes for certain game modes, spec ops changes, and more!

Two new Spec Ops Missions, "Harbinger" and "Brimstone" are now available for players to enjoy. Multiplayer also gets a new rotation of game modes in this patch. Plus general bug fixes across all platforms with the PC getting some extra fixes for stability.

The Call of Duty companion app allows you to access and check out everything you need to know about current events in Call of Duty! Aside from news and updates, you can also track stats, participate in weekly challenges, and more!

Check Out The Companion App Here!

Missions and Challenges are now fixed, allowing progression to properly work. Ground War's persistent respawn screen bug has also been fixed. For weapons, the AUG gets a slight buff while the 725 gets another round of significant nerfs.

Both the M4A1 and the 725 are again nerfed in this patch. Piccadilly's spawn points for both TDM and Domination have been adjusted, and its Domination B Flag has been moved near the busses. Footsteps have also been reworked.

2 brand new maps and Hardpoint Mode are arriving to all players in this patch, as well as many bug fixes. Weapons, especially the 725 and M4A1, also saw some major changes.

Title Update 1.06 focuses on fixing stability issues for the game. Several players should experience less crashes with this update. Additionally, some bugs were addressed such as the Tac Insertion bug, and footstep loudness among others.

From bug fixes to game stability, the October 25 Title Update looked to fix the issues found during the launch of the game. It also contains a Playlist update with the inclusion of Free for All & Ground War Game Modes.

Across all platforms, players are unable to connect and launch Call of Duty: Modern Warfare. The error message "Connection Failed. Unable to Access Online Services" shows up when trying to launch the game.

Check Out How to Fix the Connection Failed Error

Happening to All Platforms

The issue is not limited to a single platform. PC, PS4, and Xbox One players are all experiencing the error. This could be due to all platforms sharing a server to accommodate crossplay.

Adidas & COD MW teams up to bring you a limited-edition "Pusha T Kingslayer Ozweego" Sneakers that has the authentic Modern Warfare themed appearance! Get the chance to get one for free in a lucky draw!

The dates & times for the Modern Warfare 2019 Preload for PC, Xbox, PS4 has been announced! Don't miss out on the chance to download the game before launch so you can play immediately on launch day!

A New Battle Pass system is introduced to the Modern Warfare in-game economy: It is a season-based system where players can unlock cosmetics items by playing the game.

As part of an ongoing partnership between Sony and Activision, the Spec Ops Survival mode will be a PS4 exclusive. For the time being, players on other platforms will not be able to access the mode until October 2020.

During the Open Beta, players will be able to match up and fight against players on different platforms. Crossplay will support all multiplayer modes, but will not support competitive or ranked modes.

Check Out How to Crossplay

To level the playing field, players are given free reign on their input methods. They can choose whether to play on controller, or on a keyboard and mouse regardless of platform.

Match Up With Anyone You Want

By default, you will be matching up with players that have similar input methods. However, you can change this setting to be able to match up against players with different methods!

Experience the Game Before Release

Players will be able to experience the game before its release via the open beta. The Beta allowed players to experience some of the multiplayer modes, realism mode, and the new Ground War mode.

Check Out the Open Beta Here!

Get the Hammer Shotgun

As a Beta reward, players will be given the fully customized "Hammer Shotgun" if they reach a certain level before the Beta ends!

Check How To Get The Hammer Shotgun!

Call of Duty: Modern Warfare will release on PS4, Xbox One, and PC on October 25, 2019. You can pre-purchase the game and choose which edition you want to get. Each edition has different bonuses & features.

Check Out The Game Editions Here!

Neither for me, any fix yet?

Game still won't start for me.