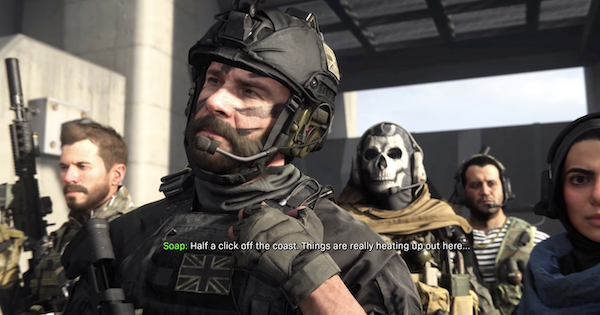 Check out this article to know more about Soap McTavish in Call of Duty Modern Warfare (CODMW) & Warzone! Get to know details about his appearance, story, info, and more!!!

Is Soap Coming To Warzone?

It is still not yet confirmed if Soap McTavish, the protagonist of the original Modern Warfare series, will arrive in Verdansk to join the fight. He was first mentioned in the story campaign in Modern Warfare. And has appeared in a conversation with Captain Price in this recent Warzone Challenge, The War Room.

Joining The Fight In Verdansk

As per "The War Room" cutscene, Soap has called for help, requesting Captain Price and rest of the crew's assistance. He mentions being "half a click off the coast..." pertaining to his arrival in Verdansk.

No Operator Skins Yet

As of the writing of this article, Soap McTavish has yet to appear in Warzone or Modern Warfare. As stated above, he wasn't leaked and has only appeared as a voice in the recent update. However, he may appear in future updates similar to what happened to the original Modern Warfare 2 character, Ghost.

What Is The War Room?

The War Room is the latest mission challenge that came with Modern Warfare's recent update. It continues the story of the conflict in Verdansk, with Captain Price finally confronting Sakhaev. After their eventual encouter, Captain Price then converses with Soap McTavish.

Completion of the challenge not only gives you a glimpse of the possible future of Warzone, but also XP. This XP is a boon to those that are looking to quickly get to Prestige or to unlock more weapons and attachments. The War Room rewards a total of 37,500 XP.

Know How To Level Up Rank Fast Here!