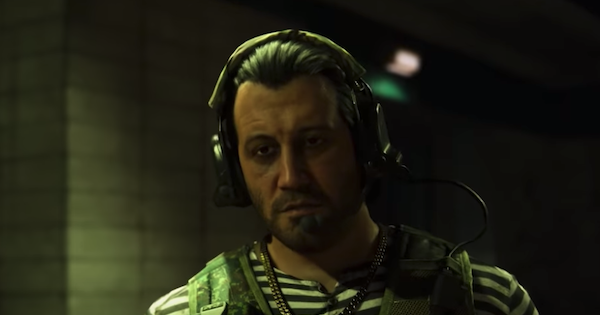 Nikolai is a new Operator that's dropping into Verdansk this Season 6! The leader of the Chimera, Nikolai finally joins in on the fight to take down Zakhaev.

Nikolai joins other Operators, weapons, and maps in the Season 6 of Modern Warfare and Warzone. You need to have the Season 6 Battle Pass to unlock him.

Nikolai will be available as a playable operator using the Season 6 Battle Pass. Once you unlock Nikolai, you can use him in either Modern Warfare or Warzone.

How To Unlock Nikolai

Who Is Nikolai & Actress

Leader Of The Chimera

Nikolai is the leader of the Chimera PMC. He appears as a side character in the story campaign of Call of Duty Modern Warfare, helping Captain Price by providing connections and intel. Nikolai first makes his appearance in the mission, Old Comrades.

Check Out All Campaign Missions Here!

Appeared In The First Modern Warfare

The first Call of Duty 4: Modern Warfare (2007) featured Nikolai as a supporting character. He helped in giving the intel necessary to track down Zakhaev, acting as a mole inside the Ultranationalist before being caught.

Nikolai is based on the appearance and likeness of the actor Stefan Kapicic. Stefan Kapicic also provided the voice for Nikolai. He is also known for providing the voice of Colossus in the Deadpool movies.