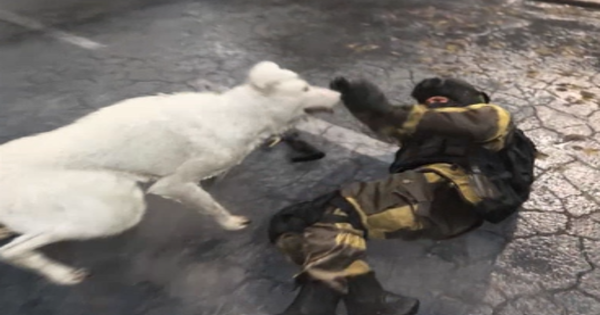 Dogs and Hyenas in Modern Warfare are unique finishing moves that calls upon your animal friend to deal the death blow to enemies. You can perform a finishing move if you get behind enemies and long-press the melee command.

Must Equip First In The Operator Screen

To use & show your dog companion, you must first equip it in the "Finishing Moves" tab in the Operator Customization menu. Dogs & Hyena will not appear if they're not equipped!

Operators that has equipped their dog companion finishing moves will also have a dog following them in the lobby waiting screens. Unfortunately, you will not see them within the battle match except when a finishing move is performed by their owners.

How To Get Dogs & Hyena In Modern Warfare & Warzone

Certain ingame store bundles will have animal companions in them for the player to equip. Look for Finishing Moves with Animal icons in each bundle.

In-game Store bundles will rotate out frequently usually on a daily basis, so new bundles will pop out while older ones may be rotated out. If you see an Animal Finishing move bundle you like, best to grab it fast!

May Appear In Season Pass

Dogs & other animal companions may also be available in season passes. One example is the Top Dog Finishing Move that's part of the Season 3 season pass, unlocked at level 20.

Wendigo Bundle will provide a skin for Kreuger, some weapons blueprnt & cosmetic items, & the Sasquatch finishing move. It costs 2400 cp to purchase.

Calls In A White Dog

Sasquatch finishing move, when equipped, will call in a white dog to finish your opponents after successfully executing a finishing move.

Nikto Take No Prisoners Bundle will provide an operator skins, tons of weapon blueprints, and Sputnik finishing moves. It costs 2400 cp to purchase.

Sputnik finishing move will call in a hyena instead of ordinary dogs when equipped! Pick this if you want to really stand out from the crowd!