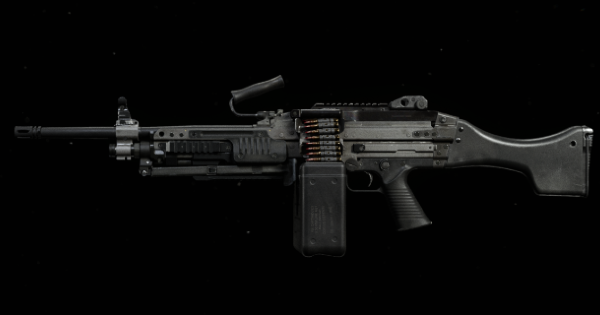 MK9 Bruen can be effective even at long ranges thanks to its large magazine size and controllable recoil. So, we paired it with a stealth & quick swap loadout for better survivability as well as tactical mobility as you can swap weapons in the field thanks to Amped.

Swap Out RPG-7 Based On Situations

With Amped, you can reload your RPG-7 launcher faster, but its true strength is swap to any weapon fast. This means you can ditch the RPG-7 for any weapon based on the tactical situation, such as a Sniper Rifle or a SMG for faster speed.

Remember To Spot Your Surroundings Often

While looking for targets, remember to bust out your heartbeat sensor once in a while to check if there enemies near you. Be ready to move your guns according to the enemy movements.

This setup focus on a stable combination fo max range, ADS speed and recoil control. It can accurately hit targets that are at range while keeping weapon handling at acceptable levels for standard use.

MK9 Bruen is one of those lighter machine guns that can maintain mobility compared to other bulkier LMGs, while having a large magazine size. Use that to your advantage and get aggressive in multiplayer!

Use RPG-7 & Explosives To Soften Targets

As you get aggressive to take key objectives or attack targets, use the variety of explosives in your arsenal to flush out or soften targets. With Restock, your spent explosives will keep respawning so you can keep up the fight.

This setup turns the MK9 into a semi-assault rifle that still has a large magazine size with the added benefit of faster movement speed & ADS speed. It is suited for the run'n gun tempo of Multiplayer.