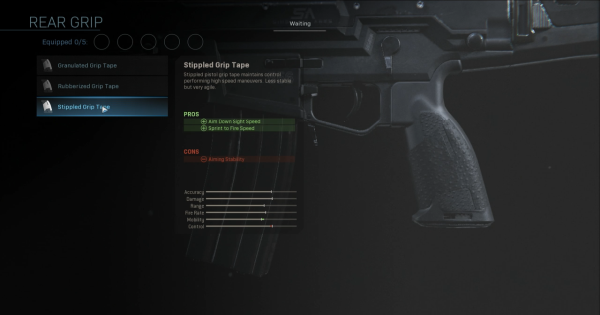 Increased ADS speed and faster firing after a sprint, for a bit of aiming stability. Mostly used to balance out other attachments.