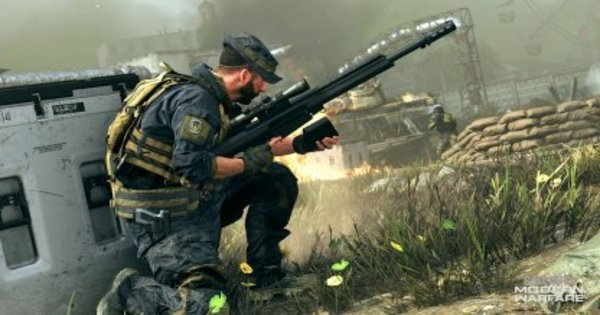 Check out the Rytex AMR's Sniper Explosive Rounds & Thermite Round Guide in Call of Duty Modern Warfare & Warzone! See Explosive vs Thermite Round, how it affects meta & more!

What are Explosive Sniper Rounds

Explosive & Thermite Sniper Rounds are the unique ammo attachment used for Rytex AMR, which will turn the sniper rifle to fire the respective ammo type when equipped. It changes the gun's handling and performance, changing strategy greatly.

Rytex AMR & the special ammunition was introduced in the Season 4 Reloaded (Version 1.23) Patch update introduced on June 30. It added a lot of content as well as Weapon Balance.

Explosive rounds will explode and deal area damage upon impact. The explosion deals small damage (around 20~30) to all targets in the blast radius. The E.O.D. Perk somewhat negates being one-shot killed by this ammo's explosive property, but will not prevent death by the bullet itself.

Not Stopped By Trophy System

Explosive Rounds are not stopped by trophy system even though its an "explosive", making it a solid threat to vehicles. Be ready to ditch your vehicle if you feel a sudden burst of damage while driving.

Thermite Round will ignite & burn the strike zone for a while, dealing damage over time to targets around it. It is useful to shut down lanes or firing positions to prevent enemies from accessing an area for the duration.

If you equip Explosive or Thermite rounds, your bullet velocity will be decreased compared with using standard ammunition. You will need to lead your shots vs mobile targets.

Sniper Explosive Rounds Vs Thermite Round In Meta

As burst damage is favored in the wild Warzone meta, Explosive Rounds beats Thermite in the current meta. Explosive rounds can clear rooms, chip away armor & HP, deal with vehicles and snipe, providing much more utility than Thermite.

Shooting down on your targets will maximize the blast radius as well as a better view to pick off targets. Just beware of the stairs and ladders near your position so you won't get flanked.