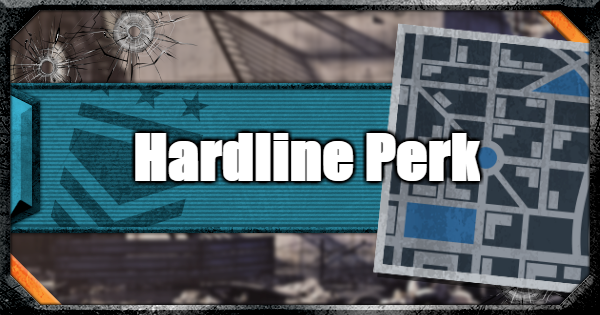 Check out the Hardline guide in Call of Duty: Modern Warfare & Warzone! See what the perk does in multiplayer, how to unlock it and what combos goes well with it!!!

The Hardline perk lowers the number of kills required to access all killstreaks. In Warzone, this Perk lowers the cost of Killstreaks at Buy Stations, allowing you to acquire them much faster! Accessing killstreaks before your enemies will allow you to get an advantage early on in the battle!

The Hardline perk is extremely useful for beginners as the perk can help them easily earn killstreaks. It is a great perk to level the playing field between beginners and more experienced players!

The Hardline perk is best used in an aggressive play style. This perk gives you the advantage of cheaper killstreaks so make the most out of it by aggressively hunting enemies and getting those kills!

Use a Combat Focused Loadout

Remember to equip a combat focused custom loadout in order to easily get kills! You must also keep in mind the game mode type and map in order to tailor your loadout for combat in that situation.

The Care Package killstreak awards you with a random killstreak every time you activate it. With the Hardline perk, you have a chance of getting a high level killstreak such as the VTOL Jet or Juggernaut with only 3 kills!

Check Out the Care Package Here!

Players in Warzone will be able to purchase killstreaks at Buy Stations at a discounted rate. You will save up more cash for more important reasons such as redeployment, or earning around 1 million cash!

Check Out the Warzone Guide Here!

The Overkill perk allows you to equip two different primary weapons in your loadout. This helps you create more versatile loadouts to ready yourself for several different combat situations and get more kills!

Nothing is more frustrating than running out of ammos during heated fights! The Scavenger perk resupplies your ammos from fallen players, allowing you to get more kills, and earn better killstreaks!

If you have the Overkill perk equipped, you can also opt to choose the Amped perk in order to allow for faster weapon swaps. Since swapping between two primary weapons is slow, Amped allows you to get to your next weapon faster.

Tracker is a must-have perk if you are playing aggressively. You will be able to track down enemies and rack up the kill count to earn more killstreaks!

Focus On Offense With Lethals

Lethals that deal a substantial amount of damage are recommended when equipping the Hardline perk. Lethals such as the Frag Grenade, Semtex, and Throwing Knife can easily kill enemies if thrown correctly.