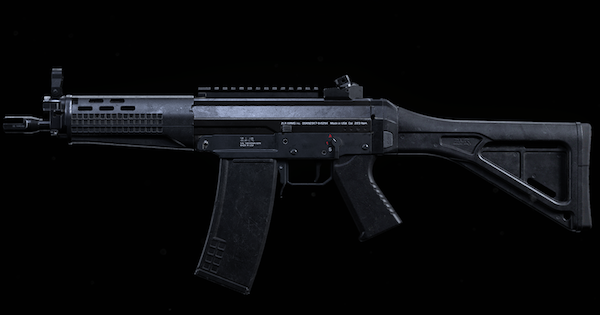 Despite this loadout carrying 2 primary weapons, it compensates by giving you a few options on how to tackle a fight. The Amped perk will also be useful in quickly switching to your other weapon when you run out of ammo!

Heartbeat Sensor Can Help You Scout

The Heartbeat Sensor can help give you a rough sitrep on the immediate area. Depending on enemy positions, you can ready yourself for the fight!

This setup for the Grau allows you to stay mobile, while minimizing the amount of recoil while firing. The scope is optional, but being able to ADS almost instantaneously will give you the upper hand when opening a fight!

Having 60 rounds in a single clip will give you enough firepower to take on at around 2~3 enemies before needing to reload! Having more ammunition will also be more forgiving since it lets you spray at targets.

This loadout rewards players who are extremely aggressive during the match! Having the Tracker perk allow you to quickly track down enemies, while Hardline lowers the cost of killstreaks, further incentivizing offensive strategies! Scavenger then lets you resupply keeping you in the fight!

Make It Difficult to Find You

The Ghost perk makes it difficult for enemies to find you. Use this to get the jump on enemies who have let their guard down! Sneak up to them and use your silenced Renetti to quietly dispatch them!

Sustain Yourself with Stim

With the number of fights that you will be participating in, it's important to always keep yourself in top condition! Have a stim with you to regenerate health when you are caught in the heat of battle, and further sustain yourself!

This setup mods the weapon to be able to fight in almost any range! The hybrid optics allow you to toggle between different magnifications, while the burst perk lets you switch between firing modes! This weapon will be able to take on most enemies that come your way!

Due to the attachments of this weapon, your mobility takes a considerable hit. Make sure to compensate this with perks that will allow you to run around the map without being an easy target.

The Grau 5.56 boasts high mobility coupled with high rate of fire. Depending on your attachments, it can perform as an AR or more akin to a SMG.

Aside from its fast mobility and rate of fire, an unmodded Grau 5.56 has a quick ADS speed, giving you an advantage when you encounter an enemy whilst sprinting along the map.