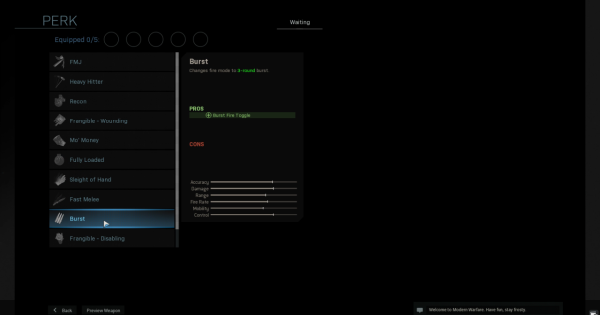 Read this Call of Duty: Modern Warfare 2020 & Warzone guide to learn more about the attachment Burst! Learn about this gunsmith, unlock level!!!

Burst will be greatly beneficial to weapons with lower fire rate, higher damaging rounds, and/or hard-to-control-recoil. You can quickly put down opponents if you can get a bead on them.