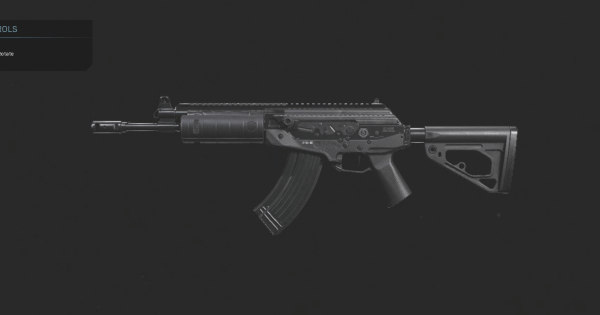 Stable All-Rounder Up Close And Afar

CR-56 AMAX has a easier to control recoil than most other hard hitting 7.62 rifles, making it a good choice for dealing larger per-shot damage at range. We paired it with a MP5 that absolutely dominates up close to form a all-range loadout.

The RPG-7 can insta-kill even fully armored players and is rampant in Warzone. When fighting 100 other players, these launcher weapons may become unavoidable, so give yourself a layer of protection with E.O.D. Also defends from C4.

This setup maximizes the CR-56 AMAX's hard hitting damage by supplementing it with stealth, recoil control and larger mags. It can hit ranged targets consistently while keeping recoil in check, and has hardly any side to side sway.

This setup has a bit slower ADS speed compared to most snappy guns, which isn't a problem at mid to long range but try to keep it out of in your face moments. Switch to a close-quarter oriented before getting close.

This build focus on defense so you can unleash the higher damage of CR-56 AMAX without being hindered by explosives, gas grenades and all sort of Tacticals. It prevents you from being killed easily by some random rocket or flash grenade so you can go rap up kills for killstreaks.

Thermite and Frag Grenades are great offensive tools that you can use to pressure the enemy team. Use Frag and cook it to for immediate explosions, leaving no time for the enemy to react. Use the Thermite to combat enemy Riot Shields and Wilsons.

Get Killstreaks Faster With Hardline

1 reduction of kills needed for a killstreak may not sound like much, it can be a game changer due to the fact that you can get intel killstreaks like Personal Radar for only 2 kills. This let you spot enemies so you can chain even more kills.

This setup balances recoil control, ADS speed and stealth for the maximun run'n gun experience in the smaller maps of Multiplayer. It can fight toe to toe without sacrificing too much on certain aspects to end up as a 1-trick pony.

This setup can suppress the recoil spread when hipfiring, so don't be afraid to spray and pray when enemies pop up in your face!

CR-56 AMAX has damage patterns similar to other 7.62 Assault Rifles but with a bit more faster firing rate (thus needs more practice with recoil). Its unique attachments turns it into a Marksman Rifle, giving it wide flexibility.

what is tbd supposed to mean for the unlock requirements on the attachment?