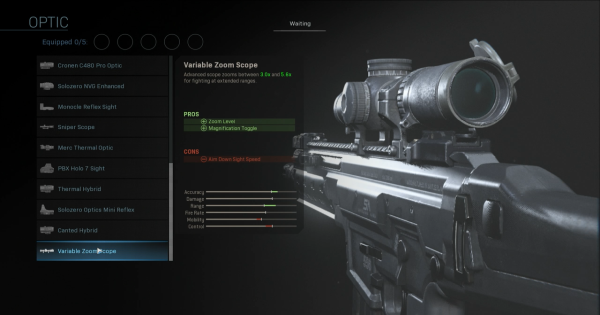 Higher variable zoom makes Variable Zoom Scope a better candidate for long-range engagements. It has significant ADS Speed penalty that should be mitigated with other attachments.