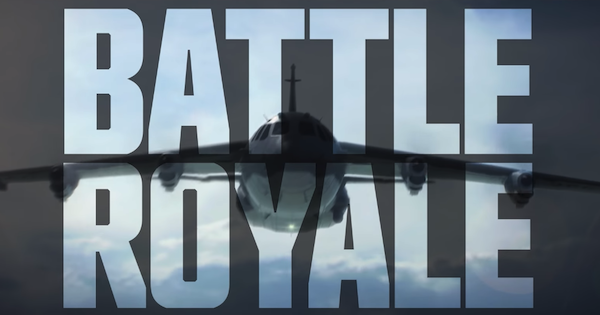 Experience a wild 52 vs 52 Team Deathmatch in the vast land of Verdansk with Warzone Rumble! Two teams outlast the other team to reach 400 points to win. This mode features custom loadouts, vehicles, and quick respawns!

Since you will be forced to run a 2 man team, your team's perk and loadouts may be needed to be shifted to cater to versatility to fill in multiple roles. Be sure to also coordinate with your teammates often; having a man downed will cripple your chances of survival dramatically as you will need to face the odds alone until your member can be regrouped.

Bunkers and locked shacks have popped up all around Verdansk for players to open. Getting into these sealed bunkers and shacks rewards players with powerful and rare tools and weapons.

All bunkers and shacks have their own respective passwords. These codes do not change so players can look them up and use them in every match.

What Is Battle Royale?

The one rule of Warzone Battle Royale is simple: survive. The game starts by dropping players into a huge open map of Verdansk. Here, players will need to fight and outwit each other until only one team remains. Aside from hostile competitors, players must also contend with the map's creeping gas.

There are 2 ways to play Battle Royale: Solo or Trio. In Solo, the player contends with 149 other players for the top position. The default mode places the player as part of a 3-man team as they battle their way to the top.

Practice With Bots To Get A Hang Of The System!

Not familiar with the mechanics for Battle Royale? Come practice with bots to get a hang of the game flow by setting up a practice game with bots! The bots has a lower difficulty than standard ones so don't be afraid to take a look!

Check out How To Set Up Bots Only Matches here!

The Battle Royale Mode is held in the large open map of Verdansk. Players who played Spec Ops missions will find themselves quite familiar with this new map. Verdansk has 5 main sectors that players can explore and fight in.

The whole map of Verdansk and its interiors are open for players to explore. In order to survive the mayhem, players are encouraged to scavenge for supplies as they fight until the bitter end.

Keep Out Of The Gas

The gas limits the movement of players, damaging them should they get near it. Gas acts as the game mode's borders, forcing players to continuously move forward to a safe spot, thereby also forcing them to encounter other players. The gas expands after a specific amount of time and the game will give players a heads-up before it starts to creep in.

Game Ends When Only 1 Team Remains

The gas will eventually cover the entirety of the map but this does not mean that the game is over. The game will only be over if there is only one player or team left standing in the fight.

Use Vehicles To Escape

One quick way to outrun the gas is to use vehicles. Driving vehicles can help you cover a lot of ground in a short period of time. However, do note that vehicles produce very audible noises that other players can use to pinpoint your location.

Warzone Money - Cash Uses & How to Get

Use To Buy Perks & Equipment

Scattered across the map are Buy Stations that you can use to purchase equipment and items that can help you in the fight. You can use cash collected from completed contracts to get a better edge over your opponents.

Use For Weapon Drop

You can also buy a Weapon Drop using the Buy Stations. Safely getting the Weapon Drop allows you to use your Custom Loadout, together with the Perks, in the fight.

1v1 For A Second Chance

A unique twist in Modern Warfare's take on the Battle Royale mode is that players can be revived even after getting killed. They can do so by participating in a 1v1 Gunfight match up inside the Gulag map. The player that wins gets revived back into the game. Note that the Gulag map is a separate instance from the Battle Royale map.

Check Out the Warzone Gulag Here!

Players who died and were revived via the Gulag cage match will not be given another chance once they die again.

Gulag Loadouts Are Now Drawn From A Pool (May 19)

After the version 1.21.1 update, Loadouts will now randomly choose from 6 ARs and 4 SMGs. It will be all automatic, no burst or single fire guns included. Familiarize yourself with these to gain an edge!

Players who died and have failed to win in a 1v1 match can also wait for their teammates to revive them via a Redeployment Token. Teammates can purchase the said token via a Buying Station to revive a fallen teammate, increasing the team's chances of winning.

A party that sticks together, survives together. There is strength in numbers and while being a lone wolf can be tempting, sticking together with your team allows all of you to cover possible angles and to call out on immediate threats.

Even if you are playing with random players, communicate and ping useful sites and spotted enemies. This highly increases your team's awareness of your surroundings and your chances of survival.

Even with the absence of skill, Battle Royale is a game mode that can be won through sheer cunning. Make use of sites such as Buy Stations and use them as bait for enemies to come in. Then when the timing is right, fire away or close in for the kill.

Check Out How to Revive & Redeploy Here!