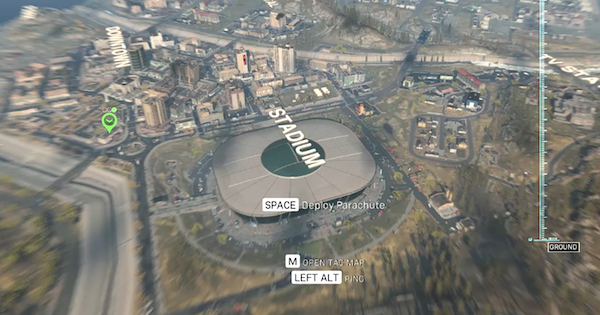 Guide about the stadium in Call of Duty Modern Warfare Warzone Season 6! Know how to get in Verdansk stadium, location & map, entrance, locked doors & secrets, updates and more!!!

Is The Stadium Open?

The Stadium is finally open in Season 5 and adds another dimension in the fight for Verdansk. Players can now enter the large structure and explore its long corridors.

How To Get Into The Stadium

Jump In From Above

You can access the Stadium from the sky by simply jumping into it from the plane. Be careful though as the middle part of the stadium is a place where players often gather due to its good loot!

Enter Through The Doors

On the other hand, you can enter the Stadium through the doors located at the perimeter of the Stadium itself. Just make sure it's safe before you get in.

What Is The Stadium?

The Stadium is a large looming structure that can be visited in CODMW Spec Ops and Warzone's Verdansk. It is located at the middle-eastern part of the map.

The perimeter of this huge building is filled with good loot, making it one of the intense battlefields in the game. You can also find it dotted with Buy Stations that you can use to get powerful equipment, or to revive downed teammates.

The Stadium has 3 locked rooms that house several Legendary Supply Boxes. Opening these rooms require specific codes that can be found around the Stadium itself.