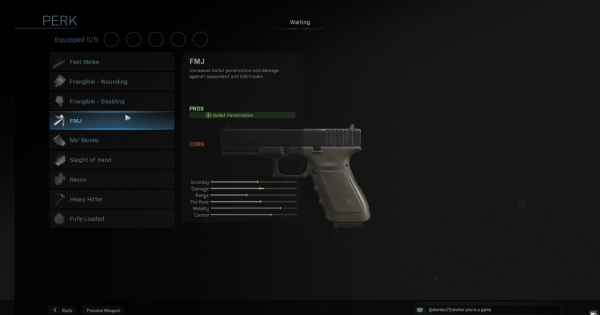 Read this Call of Duty: Modern Warfare 2020 & Warzone guide to learn more about the attachment FMJ! Learn about this gunsmith, unlock level!

FMJ is useful for those that wants to better counter killstreaks such as UAV or Personal Radar. They are extremeely effective for LMGs.