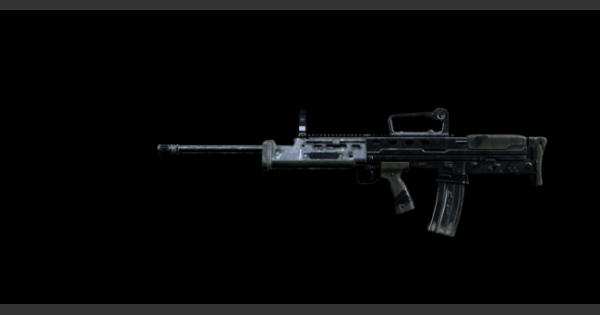 Use SMGs For Close Quarters

While the SA87 can boast accurate shots over long distances, it can be pretty weak when used in CQC. Use your SMGs when confronted by enemies at close range.

You can use the Smoke Grenade to cover your team when going to a better position. You can also use it to pick off hapless enemies with the SA87's Thermal Optic.

The Merc Thermal Optic can see through Smoke and can also highlight hard to see enemies. This makes it easy to root out enemy troops in either side of the smoke. Use Smoke Grenades to either cover your escape or at enemies to obscure their vision, then rattle them with the SA87.

This setup boasts good accuracy and range while also having good recoil control. This makes the SA87 quite handy when fighting in either mid or long-range encounters.

Use this loadout to secure certain positions and objectives. Find a location and setup by planting traps like the Proximity Mine and Claymore to cover your flanks.

Replace Shrapnel With Tune Up

If you find yourself constantly running out of ammo, equip Munitions Box and use it in tandem with Tune Up. With this combination, you'll be constantly refilling your ammo after some time.

As an LMG, the base ammo capacity SA87 is comparable to that of an AR. Make it into a full-on LMG by giving it a 60-Round Magazine for better sustain.

This setup also boosts the SA87's accuracy, control, and range. Use it well by hunkering down and covering a position or chokepoint.

Not A Mobile Build

Do not run around or try to use quick ADS with this setup as you will likely be outclassed by SMGs and ARs. Use this one to defend objectives and key points instead.

SA87 trades damage and rate of fire for lower recoil and better control. It can perform steadily in most situations to full effect.

Effective Even At Longer Ranges

Good control allows SA87 to reliably hit targets further away then most weapons. In maps that require you to scout, suppress from afar or take care of snipers, Sa87 can be helpful.