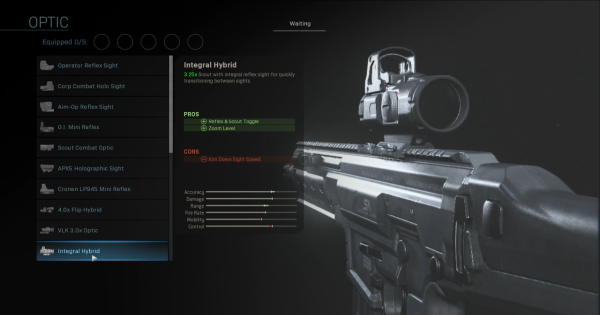 Read this Call of Duty: Modern Warfare 2020 & Warzone guide to learn more about the attachment Integral Hybrid! Learn about this gunsmith, unlock level!

Integral Hybrid lets the user switch between a reflex or a maginified optics at will. Its ADS speed penalty isn't uncontrollable, so is a solid choice for close-mid range weapons.