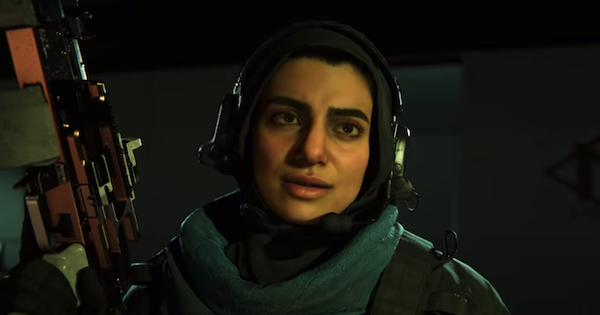 Farah is a new Operator that's dropping into Verdansk this Season 6! A leader of a rebellion in Urzikstan, joins Price and Alex in taking down the infamous terrorist Zakhaev.

Farah joins other Operators, weapons, and maps in the Season 6 of Modern Warfare and Warzone. She is unlocked when you purchase the season 6 battle pass.

Buy Battle Pass To Get Farah

Farah is set to release during COD MW / Warzone's 6th season. Farah is automatically unlocked once you buy the Battle Pass.

How To Unlock Farah

As Season 6's poster operator, Farah is unlocked immediately after you buy the Season 6 Battle Pass. Progressing the Season 6 Tiers also rewards you with alternative skins that you can use in both Warzone and Modern Warfare multiplayer.

Who Is Farah & Actress

Leader Of The Urzikstani Rebels

Farah is the commander of the rebel forces fighting for the liberation of Urzikstan, a fictional country in-game. She first appeared in Call of Duty Modern Warfare's third campaign mission, Embedded. During the course of the campaign, certain missions put players into her shoes, seeing events unfold through her eyes.

Check Out All Campaign Missions Here!

Farah is based on the appearance and likeness of the actress Claudia Domit.