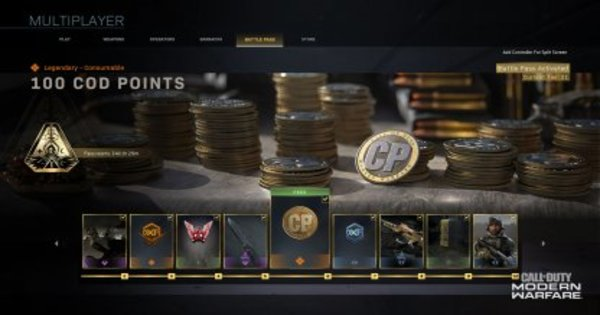 Find out Battle Pass info for COD Warzone in Call Of Duty Modern Warfare! See if there's Battle Pass for Warzone, or if there's going to be an exclusive Warzone season pass & more!!!

Is There Battle Pass For Warzone?

The battle pass can also be purchased by players of the Free To Play version of the game that do not own COD MW. The tiers can progress and rewards earned even by playing Warzone modes alone.

Is Warzone Free To Play?

All battle pass rewards can be used in both CODMW and Warzone multiplayer games, making them a flexible cosmetics options for everyone.

Will there be Warzone Exclusive Battle Pass?

No Plans Announced As Of Now

Currently there are no announcement or plans on whether or not a Warzone exclusive Season Pass is in the works. This may change in the future if Warzone itself becomes very popular eclipsing COD MW.

Low Chance Due To Interchangeability With CODMW

Due to Warzone having high interchangeability with COD MW in terms of cosmetics items, there is little sense to make a Warzone exclusive content, let alone a restricted Season pass. Only time and popularity will tell, however.

Warzone is a standalone game version of CODMW that can be played without owning the base game. It features Free-For-All gameplay and comes with 2 seperate modes to play.