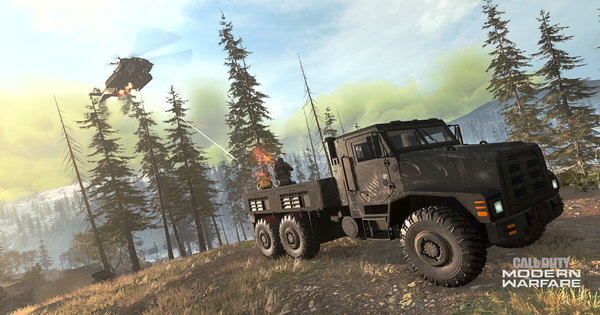 Redeployment Of Every Eliminated Player Back Into The Match

When a jailbreak event occurs, every player that was killed off, whether currently spectating or waiting for a gulag fight, will be redeployed back at once into the match. This basically reset the game but gives surviving players a chance since they already have some weapons at hand.

How to Redeploy & Revive Teammates Guide

1 Minute Warning Before The Event Drops

Unlike most mid-game events, there will be a 1 minute warning before the Jailbreak Event drops. After the 1 minute countdown expires, all previously eliminated players will redeploy back into the match at once. It may be a turkey shoot for surviving players as they have better guns, so be ready to drop altitude fast.

As everyone is redeployed, it may be a chance to improve your rating and make new kills or complete new contracts. All these activities will guarantee more XP, so treat this redeployment as a chance to farm more XP and Weapon XP.

How To Level Up Rank Fast

How to Redeploy & Revive Teammates

What Time Does Jailbreak Starts?

Occurs Only Around Mid Game With No Warning

Surprise events in Battle Royale like Fire Sale, Jailbreak, & Supply Chopper will only occur mid-game and without notice in advance. . Players will have to keep an eye out lest be caught at an disadvantage. Note that not every match has a mid-game event.

Events That Signals A Jailbreak

Fire Sale, Jailbreak, Supply Chopper was only added after Season 4. They are introduced to add spice to the game.

Don't Quit the Game Until After Mid-Game

One important factor for being eligible for Jailbreak is of course not quitting when it happens. Always stay post mid-game before quitting or you lose a valuable chance that you might start over.

When the Jailbreak countdown begins and you're still alive, play defensively so as to not get killed, since you'll be at an advantage with better weapons. You can try shooting the now sitting ducks redeployed players, as well as conserving Self-Revives and teammate revives for the now hectic battle zone.

How to Redeploy & Revive Teammates

Redeploy Near Your Death Position If You Had Loadouts

If you have called in a loadout drop and was then killed, it might make sense to redeploy near where you died so you can at least salvage part of your loadout. As most places are looted at mid game, it may be difficult to call in another loadout drop so keep that in mind.

As your teammate will only deploy with a X16 handgun, you may need to prepare some supplies before you group up to beef up your team. Horde up Armor Boxes, cash or simply more ammo so that nobody's a liability in battle.

As people rush to buy supplies for their teammates, so are opportunistic enemies waiting in ambush. Use Smoke to hide your purchase or have your teammates clear the area before going near a Buy Station