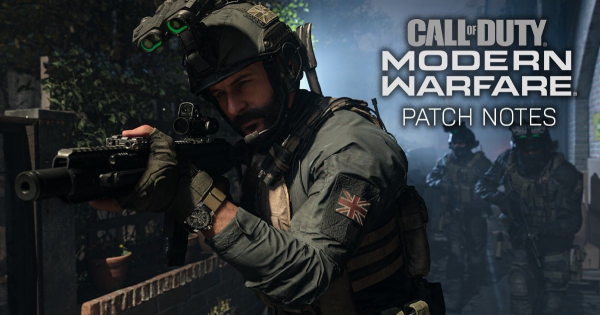 Removal Of The Stim Bug

Despite being previously nerfed, the weapons below are again getting another round of nerfs. Note that these changes are for Warzone only and does not affect the the weapons' performance in Cold War.

Diamatti got another nerf to its dual wield damage in a way that it no longer gets a damage multiplier based on body parts hit.

Check Out The Diamatti's Stats Here!

Do You Agree With The Nerfs?

This patch mostly prepares Call of Duty Cold War's contents to sync with Warzone, most notably the addition of all Cold War weapons to Warzone, including new weapons from Season 1.

A new Rebirth Island (Alcatraz) map has been added to Warzone! This smaller 40 player map features more intense close-quarters engagements and a faster pacing. Also, a new gulag similar to Nuketown is now added as well!

Complete challenges in Rebirth Island & gain new cosmetic items and blueprint rewards! This limited-time seasonal event will have to going after each other's head in the new Rebirth island!

Increased effective damage ranges for the Milano 821, KSP 45, and Bullfrog.

Check Out The AUG Here!

Attachments unlocked for Black Ops Cold War weapons will be available through the Gunsmith, allowing players to modify weapons for use within Warzone.

Similar to the regular Helicopter but with one major exception: Mounted on both side rails is a belt-fed minigun that can be controlled by squad members. Available on both Verdansk and Rebirth Island.

I'm on Xbox one and I get texture loading problems and screen tearing since the update today, its not my Xbox as all other games are fine.
Anyone else getting these problems?