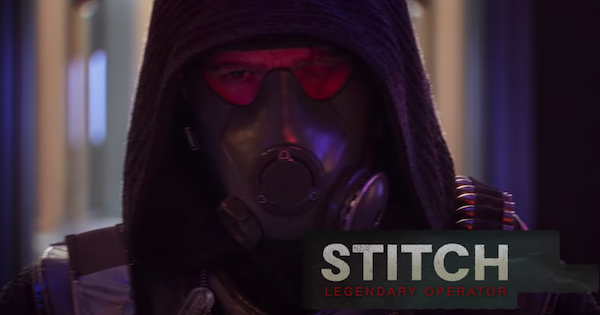 EX-KGB Chemical Weapons expert who ran the Nova 6 program at Rebirth Island until a CIA Raid ended it in 1968. Now driven by a burning hatred of Russel Adler, the CIA agent that took his eye during the Rebirth operation.

Stitch joins other Operators, weapons, and maps in the Season 1 of Cold War and Warzone. He is unlocked once you purchase the season 1 battle pass.

Buy Battle Pass To Get Stitch

Stitch is set to release during Cold War's 1st season. Stitch is automatically unlocked once you buy the Battle Pass.

Getting Stitch also allows you to use him as your Operator in Warzone. This includes other skins that you have for this character!

How To Unlock Stitch

As Season 1's poster operator, Stitch is unlocked immediately after you buy the Season 1 Battle Pass. Progressing the Season 1 Tiers also rewards you with alternative skins that you can use in both Warzone and COD Cold War multiplayer.

Who Is Stitch & Voice Actor

Stitch is a known fugitive and is a former Soviet Chemical Weapons Specialist. He is also directly connected to the production of the dangerous poison gas, Nova-6. In the season 1 reveal trailer, he has been shown to hold a grudge against Russel Adler, wanting revenge for blinding his left eye.

Stitch is voiced by Christopher L. Parson. He is known for notable characters such as Artyom (Metro series), Gladiolus (Final Fantasy XV), and Junkrat (Overwatch).