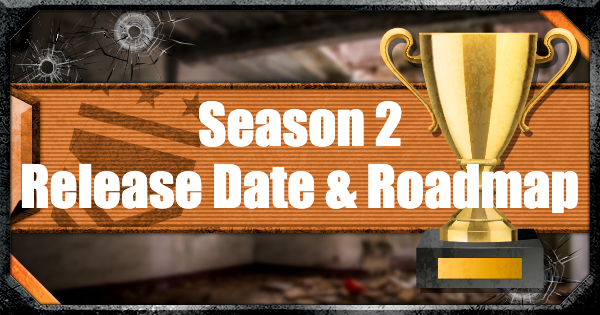 To Release On February 24

Similar to previous Battle Passes in Modern Warfare, Season 2 is expected after Season 1 ends. Based on this assumption, Season 2 will probably begin on February 24, 11pm PT. The new season can be expected to heavily impact both Black Ops Cold War and Warzone.

Complete The Battle Pass Before The Change

Before the switch to a new season, do try to complete the previous season's Battle Pass. A new season arrives with a new Battle Pass, effectively ending your chances of getting the previous one's rewards. Take advantage of 2XP events to easily reach higher ranks before the change!

What To Expect In Season 2 - Roadmap, Zombies

Together with the new Battle Pass, new free content is also expected to arrive. These free content may include new game modes, new maps, and new weapons.

▲ Rebirth Island launched together with Season 1

A new season for Cold War is also a new season for Warzone. The change may include significant updates to existing maps, rules, and can also include time-limited world events. Given that both games are now directly connected, it may be best to play both to get each one's rewards and play them on both games.

Confirmed before the release of Black Ops Cold War is the continuous updates for Zombies Mode. With this coming season, it is also possible that we may get a new map for this game mode.

No official news about the roadmap as of the moment. Do check back after a while to know the latest updates and the official Season 2 roadmap!