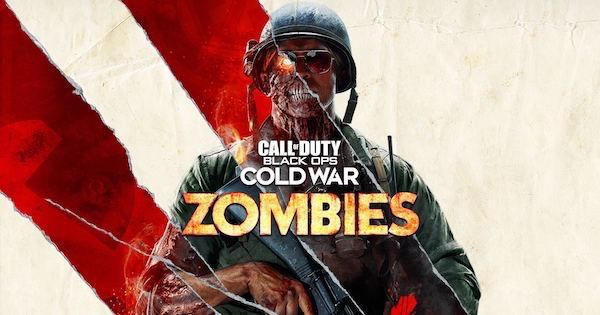 Finally unveiled during September 30, the new Zombies trailer has revealed a lot of information about the upcoming game mode in Call of Duty Black Ops Cold War. Zombies Mode will arrive with a new storyline and universe, new characters, and returning gameplay mechanics.

Set during the heat of the Cold War, Zombies mode follows 2 opposing factions in their investigation of a mysterious World War II-era bunker. Both the US and the Soviet sides have their own agendas and characters that bring to life and purpose to the zombie slaughter.

In Zombies Mode, you need to make good use of the firepower of several different weapons to survive. Players now start by default with their rifles and guns as opposed to initially fighting with just a pistol. Scorestreaks are also usable to combat the zombie horde. Perks are also expected to make a comeback.

In previous games, the only way to end the zombies mode is to die from the horde. Now, players can exfil from the map via helicopter. However, the developers stated that escaping won't be easy.

A first in the series, post-launch content and updates for Zombies Mode will be free. This means that there is need to worry about players getting split due to DLC content.

Another confirmed feature is the cross platform capability of the game. Players can now play with friends on different platforms to play COD Cold War Zombies. PS4, Xbox One, PC, and of course, PS5 & Xbox Series X, can now play together seamlessly.

Tied To The Battle Pass

For players looking to use exclusive skins, blueprints, and other cosmetics, they can do so as the game is tied to the seasonal Battle Pass of Cold War. Rewards that you get from the Battle Pass tiers are usable in Zombies Mode.

Zombies Not Included In Beta

Zombies mode is not included in the beta. Players need to wait for the full release to play Zombies mode.

Into The Dark Aether

Dark Aether is the plot of Call of Duty Cold War Zombies. In it, players will get to uncover the secrets of a World War II experiment gone wrong. The story is a continuation of the story of Zombies mode in Black Ops 4.

What Is Die Maschine?

"Die Maschine", "The Machine" in English, is the first episode of the Dark Aether. The game is set during the 1980s, the last decade of the Cold War. The discovery of a mysterious experiment called "Projekt Endstation" prompts both the US and the USSR to scramble to get their hands on it. Die Maschine likely pertains to the machine used in this experiment.

2 groups race to make their claim on "Die Maschine": the CIA-backed Requiem and the Soviet's Omega Group. Both parties have their own agendas in taking and using the experiment. The player plays a part in the struggles of both sides.

What Is Zombies Mode?

▲ COD zombies from the open alpha!!!

Zombies mode is a side game mode that is frequently included in Call of Duty titles developed by Treyarch. The game mode is intended to be somewhat different from the gritty main campaign, so expect lighthearted jokes, weird weaponry, and memorable quips here.

Shown On The Multiplayer Reveal

The multiplayer reveal ended with a short scene of Zombies Mode. While brief, it did give us an idea on what the game mode will look like in Cold War.

Zombies Mode has been popular not just because of its different setting but because of its multiplayer. In this game mode, up to 4 players can team up to fight hordes of zombies to survive, complete objectives, and rack up a substantial zombie kill count.

Zombies Mode encourages the slaying of the undead in order for you to get resources for more powerful weapons. Managing resources between defense upgrades and your teammates is a must in this game mode.