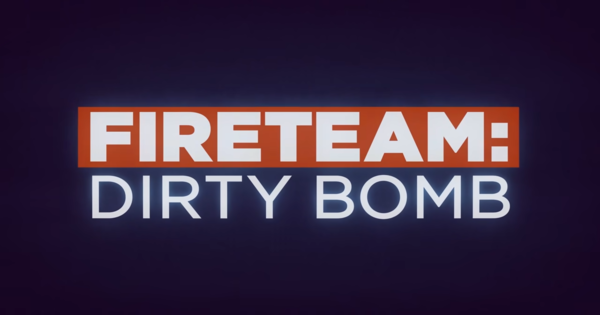 In Fireteam Dirty Bomb, vehicles are available for players to use. Starting from simple bikes, powerful vehicles such as tanks may be available depending on the game stage. Grab one for yourself if the chance presents itself!

Deploy & Respawn From The Air Or On Teammates

In Fireteam Dirty Bomb, you spawn from the air & or on teammates that are not engaged in firefights. You can choose to spawn on a teammate or jump down from the sky based on the tactical situation.

Deposit Uranium Into The Dirty Bomb & Arm To Detonate

Once you have Uranium on you, get near an objective (Dirty Bomb) to deposit it to increase its Uranium counter. Note that Uranium deposit is automatic - you just have to get near a dirty bomb and no interaction keys are needed to be pressed.

Uranium can be found mostly in crates scattered around the map. These crates also provide additional items such as Scorestreaks, armor plates and more. Or, simply pick Uranium off dead players.

Arming a bomb needed to detonate a dirty bomb takes a long time and can be interrupted by enemies. Make sure the area is safe before attempting to arm one.

After detonation, the dirty bomb will cause a lingering radiation zone that will irradiate any players that stick around in it. The irradiated area can be checked through the map.

Staying too long in radiation zones will cause debuffs on the player, such as reduced health regen or even death. Get out of the radiated areas to slowly recover from radiation.

Go For 1 Objective At A Time

Choose 1 objective(dirty Bomb) and stick to it with your team so you can fill uranium / defend the bomb effectively. Don't try to split up or you'll be easily overrunned.

Coordinate With Your Team

The team with better coordination and teamplay is the winner in this game mode. Try to organize a good offense and call in for back-up and support if necessary. Remember that having teammates covering your back is essential in DirtyBomb.

Deploy From Air If Teammates Are In Danger

If your redeploy cooldown is over and yet your teammates are still engaged with enemies, it is best to deploy from air immediately instead of waiting, as there is a chance your teammates gets wiped in the firefight. Wiped teams takes a lot longer (20 seconds) to redeploy so drop down ASAP.

Don't try to force your way with grenades when fighting against vehicles. Use launchers to prevent them from dominating your team. Make it a habit to change classes (if you can) whenever an enemy vehicle is pressuring an objective.

Move Towards Teammates When Downed

When you are downed, you can crawl at a reduced speed before the timer is over. Try to crawl to cover and move towards your teammates so they can revive you. This will save more time than respawning.

Revive Your Teammates As Well

Return the favor! Fight toward your downed teammate's location to try to bring them back into the fight! Hold down the interactions key to bring teammates back to their feet.