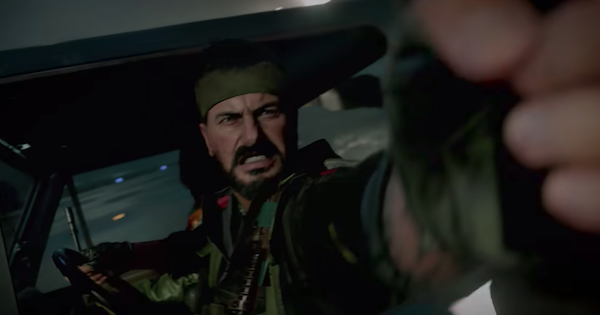 COD Cold War can be purchased in either physical or digital format. Prices are the same for both formats.

Check Out How To Buy Cold War Here!

(!) Bonuses Are Digital Only

Pre-order bonuses written in the table above, like the Confrontation Weapons Pack, are only available for those that purchase the game from digital storefronts. Physical users will only get the base game upon release.

Digital buyers can immediately enjoy 2 weapon blueprints come release day as they can get the Confrontation Weapons pack as a pre-order bonus.

How To Use Weapon Blueprints

The Ultimate Edition of the game comes with a battle pass with 20 Tier skips included. Note that this can only be claimed once the game's first Season starts.

Users who buy the Ultimate Edition will get 3 themed skin bundles. Titled Land, Sea and Air Pack, these skins give users exclusive blueprints from the start of the game.

As of the announcement of Call of Duty Black Ops Cold War, the game is set to launch for the PC, Xbox One, Xbox Series X, PS4, and the PS5. A Nintendo Switch version of the game has yet to be announced.

PS4 & Xbox One Users Can Upgrade

Digital users of the PS4 and Xbox One version of Black Ops Cold War can upgrade to play on next-gen consoles. As an option, users can buy the next-gen bundle to play on both current and next-gen devices from the get-go.

The game's release date is on November 13, 2020. This is for the PC, Xbox One, and the PS4. Players with digital versions of the game can get a taste of the action with the open beta before the release date.

For those holding out for the next-gen release for the PS5 and Xbox Series X, you will have to wait for a while as the launch dates are still unknown. However, the official site states later this 2020.

The 3 editions can be pre-ordered from the respective digital store fronts of the Playstation 4 and Xbox One. For PC, you can buy the game directly from Battle.net.

Both the PS4 and the Xbox One have physical editions that are now available for pre-orders. For the PS4 version, users have the option to upgrade the game to run on the PS5 using the PS Store. Xbox One users cannot upgrade their physical copies for the Xbox Series X.

No Physical Edition For PC

It has been announced that there will be no physical disk versions for the PC. This locks PC players to only the digital version of the game.