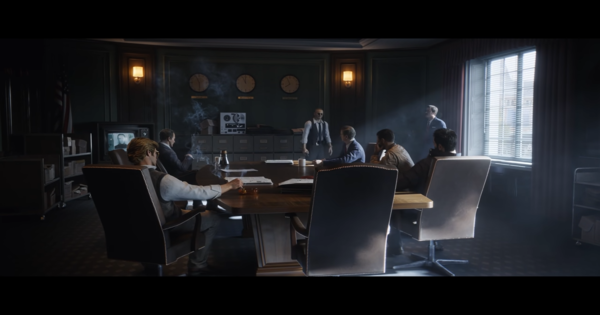 The game's length highly varies depending on player skill and difficulty. On average, Call of Duty Black Ops Cold War's campaign can be finished within 5-7 hours. This time can be lessened if you skip cutscenes and have faster loading times.

In the campaign, you may encounter several puzzles and locked doors that you need to unlock with codes. Below are articles that can help you open them to get their rewards.

Set In The Cold War Era Of Ronald Reagan

Call of Duty: Cold War's single player campaign is set in the cold war era of Ronald Reagan, where the Democratic West is in conflict with the Communist Soviet bloc. Tensions are high as the 2 superpowers clash for resources and influence in regional battles like Vietnam & East Berlin.

A cunning and effective Russian mole agent code named Perseus, which some regard as myth, is the primary target of the elite black ops team. This powerful figure is rumored to be able to change the balance of the Cold War, so an elite group of operators are sent with the consent of the US President to go after them.

Battle All Over The Globe

In the hunt to take down Perseus, you will be battling in conflict zones across the globe. Places includes Vietnam, East Berlin and other western cities with Perseus appearance.

Ties To The Warzone Universe