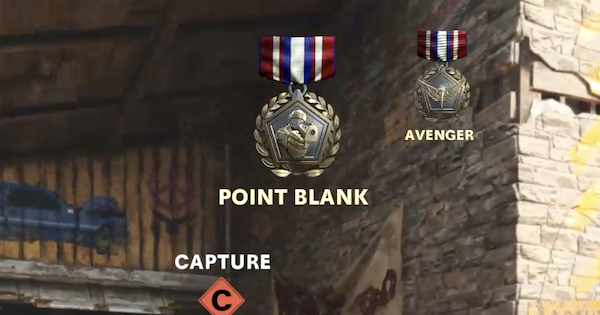 Check out this guide on how to do Point Blank Kills in Call of Duty Black Ops Cold War & Warzone 2021. Get to know the fastest way to do it, helpful tips, rewards, range, & medals!!!

How To Do Point Blank Kills

The "Point Blank Kill" is a medal awarded to players that have slain opponents within almost melee-distance. It can be very difficult to pull off as it requires you to be almost beside an enemy to trigger.

The enemy player must only be a few steps away from you to get the Point Blank Kill medal. It does not require the enemy to be immediately beside or in front of you.

Takes Time But Not Impossible

With the proper equipment, map, and perks, you can easily and quickly do Point Blank Kills. It does take time but it is not impossible to accomplish. However, do prepare to die a couple of times if you're grinding for camos requiring Point Blank Kills.

In maps, pick corners that enemies would go through and ambush them. Use cues like Spy Planes and footsteps to gauge their distance. Remember to move after a kill as opponents may come in prepared for the second time.

Smoke Grenades can be used to disrupt enemy gunners and snipers, allowing you to close the gap. You can also use them to hide and ambush enemies that wander into the smoke. This Tactical also works well with the Tracker perk as the footsteps are visible even while in the smoke.

Check Out The Smoke Grenade Here!

For the Point Blank Kills, you need to get in close and intimate. To easily do that, equip the Ninja Perk to muffle your movement, allowing you to sneak and ambush enemy players. Tracker perk also helps as it reveals enemy footsteps, movements and location, allowing you to get close and shoot them.

For getting Point Blank Kill medals, you get to unlock several skins for your weapons. However, the medals only get counted once you have unlocked the required level for your weapon. Also, if you're looking to unlock the weapons' Mastery Camos, you need to unlock these first.

Only For Shotguns & SMGs

The Camo skins that require the Point Blank Kill medals are only available to SMGs and Shotguns. For other weapon variants, the conditions for the same camouflages are different.