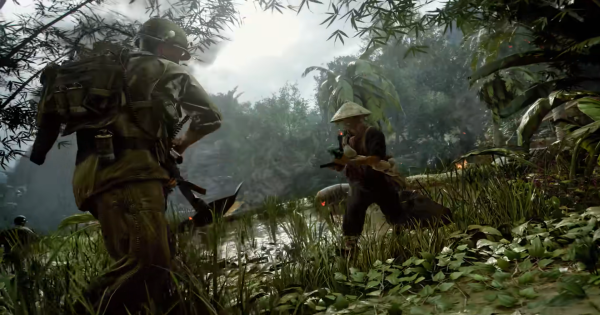 Each team must outplay the other by having the most number of kills. Simple, short, and fun. The team with the highest kill count will win the match.

Each team will need to secure capture points found in the map. The longer your team holds a capture point, the more points it grants to your team over time. The team with the higher score wins the match.

Check Out The Domination Guide Here!

Kills will drop dog tags that players must pick up in order to get a score. Allies can pick up dropped dog tags from teammates. The team with the highest score will win the match.

Two teams fight to control capture zones. Use transport and assault vehicles to attack enemy owned objectives and capture them for your team. Earn score for each zone your team controls. The first team to reach the score limit will achieve victory.

The team controlling a Hardpoint gains points as long as they control the area. The longer a team controls an area, the more points they get. Either team can contest the ownership of a point by simply entering the objective area. The capture point changes to a different location in the map after a certain duration.

Check Out The Hardpoint Guide Here!

In this 6v6 game mode, both teams fight to either protect or kill the VIP. The VIP is selected randomly among the extraction team. A point is handed out to the team that manages to extract the VIP, or to the team that kills the VIP. Teams switch roles per round. The first team that reaches 4 points wins the match.

:p: A massive 40 player mode, Fireteam: Dirty Bomb has 10 teams of 4 players duking it out in a free-for-all to detonate nuclear dirty bombs for scores. Gather Uranium from the fields and dump them into objectives, them Arm them for detonation! But beware: every team you encounter is hostile!Check out Fireteam Dirty Bomb Guide here!

As the name dictates, 2v2 Gunfight will have have two teams of two players each fighting it out across multiple rounds. The first team to win 6 rounds wins the match. If both teams fail to kill each other within a set time limit, a capture point appears. Whoever captures that point wins. If neither side attempts to capture the point, the side with the player with the most amount of health wins.

Prop Hunt is a hide-and-seek game mode pitting a team of players and map props. Props must use their surroundings to blend in and escape the eyes of the opposing team. Meanwhile, the team with the guns must hunt down each prop to secure a win.

Face Off is a close-quarters 3 versus 3 game mode. It plays similarly to 2v2 Gunfight as players must secure victory inside a very small map. Unlike Gunfight however, players immediately respawn after death and can use Custom Loadouts. There is also no Scorestreaks in this game mode.

Check Out Face Off Here!

Drop Kick is a game mode that pits 2 teams of 6 players against each other, with each team fighting control of a briefcase. Points are earned whenever the briefcase is within the control of your team. The first team to reach 200 points wins.

What Are Multiplayer Modes

Multiplayer modes are game modes which pits teams of players against others in a match to see who can score the most points! These game modes differ from the campaign (single player) and the Zombies Mode (PVE).

Multiplayer Modes consist of various game modes. Each mode is made up of different rules and stipulations in order for the team to win! Take the time to learn the different game modes in order to efficiently play the objective.

Call of Duty Cold War features several distinct maps in which players can outsmart and outgun one another. From the bright neon lights of Miami to the solemn recluses of Nuketown 84, players can experience different map layouts and fantastic views.

Play With Friends Through Split Screen

Want to experience the fast-paced multiplayer mode with your friends on console? Try the Split Screen function! By dividing your screen into 2, both players can battle on the same display at the same time!