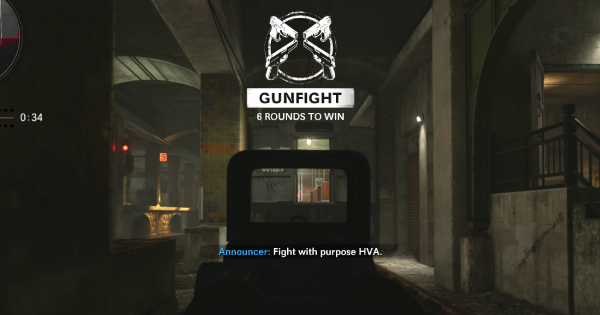 As the name dictates, 2v2 Gunfight will have have two teams of two players each fighting it out across multiple rounds. The first team to win 6 rounds wins the match. If both teams fail to kill each other within a set time limit, a capture point appears. Whoever captures that point wins. If neither side attempts to capture the point, the side with the player with the most amount of health wins.

2v2 Gunfight is basically Deathmatch, but with fewer players on each team. Since there are less players, it also ends faster than Team Deathmatch.

Gun Fight - How To Win

Teams lose the round when all of its members are killed. The opposing team will then receive a point for winning the round. It's possible to have up to 10 rounds per game if each team gets 5 rounds each.

You can easily pressure enemies by hitting them from two sides. This can overwhelm them, them being unable to process which side to check first.

Be Aware Of Teammate's Position

Communication is key in such a small team game. Make sure you're aware of your teammate's position at all times, where they are going, and their status.

Take Advantage Of Enemies Trained At Your Teammate

There's nothing wrong with using a teammate as decoy. With the enemy's focus on them, take this chance to shoot them down before they're any wiser.

Use Obstacles To Circle Enemies

When you find yourself face to face with enemies, use the obstacles around you to strife and escape line of fire. Circle around them and confuse them.

Set Loadouts For Both Teams

In 2v2 Deathmatch, both teams will receive the same loadout of weapons and equipment. This cycles every 2 rounds.