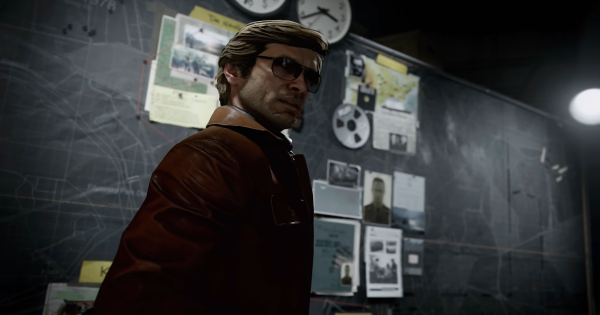 Based on latest official statements, the servers for all 3 Call Of Duty is now back to normal. However, based on your region and connection, some lingering errors or queues may still be present, so check back often if you game is still experiencing issues.

A small update has just arrived today and it contains a few tweaks for Zombies Mode. It is also likely that some of the files for the upcoming January 14 mid-season patch was included in today's update.

Level Up Weapons Faster This January

Level up your weapons faster this coming January 15 as a global double weapons XP will be implemented. This is a good time to unlock and level up weapons that you want to try out! The event will last until January 19, 10am PT.

More of Season 1's content is set to arrive this January 14 (Thursday). With this new slew of features, expect new game modes, maps, and weapons for both Call of Duty Black Ops Cold War's multiplayer and Zombies Mode.

Players wanting to try Call of Duty Black Ops Cold War's Zombie Mode can do so this coming week. Starting on January 14 up until January 21, players can download the game to try Zombies Mode for free. For those wanting to play this mode with friends, now is your time!

Don't fret! We've heard you and a balance update is coming soon to address concerns about the DMR 14, Type 63, Mac 10, and dual pistols.

Developers of Cold War & Warzone, Raven Software, have tweeted an incoming patch that will nerf several weapons in Warzone today, January 6. The said weapons are reported to have been dominating matches due to their damage output and recoil management. They also went on that it will only affect Warzone and not Cold War's multiplayer. The update is expected to arrive in the following days.

Weapon To Be Nerfed

Check Out The January 6 Update Here!

The new Tracer Pack: Bulldozer Operator Bundle unlocks the new Season 1 Operator, Bulldozer, and weapon blueprints that produce green tracers when fired. The bundle costs 2400 CP and its contents are usable in both Call of Duty Black Ops Cold War and Warzone.

The new December 22 update introduces several new playlists and game modes. For those looking for more XP, Daily Challenges are there for you to complete. Also, 3v3 Face Off is finally here with its fights held in 2v2 Gunfight maps.

Many players has been reporting that they're experiencing an Error Code 80070057 that is crashing their game. To fix this issue, Activision suggest that you clear your cache folders.

Warzone, Modern Warfare players on the PS4, PS5, Xbox One, & PC can access Cold War core game's multiplayer this coming December. Players who don't have the core game can take advantage of this weekend to gain a sneak peek on the multiplayer experience of Cold War in 2 stages with different maps & modes.

In conjunction with the free multiplayer events, Free 2XP events are coming to Cold War as well as other COD titles as well, so use them to double your progress!

Players are reporting that an error which is preventing people from playing is rampant at new season 1 launch, known as Zed 398 Swift Clover. It is an issue at the Blizzard's server side and should be fixed soon.

The latest update marks the return of the popular Nuketown '84 playlist and includes several tweaks to Scorestreaks. The M60 also gets some minor fixes and Zombies Mode gets a bunch of stability and performance improvements.

It has been officially announced that there will be a Double XP & Double Weapon XP from December 12 up to the release of Season 1, December 16. Players can take advantage of this time to reach higher levels and unlock more attachments!

ALCATRAZ IS BACK BABY

Alcatraz is a map featured in Call of Duty Black Ops 4's Battle Royale, Black Out, and was also featured as a Zombies map in previous Black Ops games. Now purportedly known as "Rebirth Island", the map will feature new graphics and textures, and will be part of Warzone.

Is There Black Friday Deals?

Black Friday Deals are just around the corner (November 27), and people are wondering if the Cold War will have some discounts. Check out this analysis guide to find out!

Black Friday Deal - Is There Discount?

Nuketown Is Now Out!

The much-awaited Nuketown '84 is finally here! Players that want to try out and play in this map can do so by selecting "Nuketown 24/7" in the game's available playlist. For those curious, the developers also added a cool easter egg that you can trigger.

Made In Collaboration With Burst

The Limited Edition Call of Duty® BURST toothbrush is here!
20% of the proceeds going directly to the @CODE4Vets
GET YOURS NOW https://t.co/FuCINJVvlT#BURSTxCODE #BURSTxCOD #brushBURST #callofduty #veterans pic.twitter.com/496tTEMAlS

As Season 1 has been delayed to December 16, adjustments and fixes are set to be implemented this coming December 7, 11pm. Players can expect extensive map and game mode tweaks, and also a lot of fixes for Zombies Mode.

Week-Long Double 2XP For The Holidays

Now is a great time to unlock more weapon attachments and ranks as COD Black Ops Cold War is set to have a week-long 2XP and 2x Weapon XP bonus event. The bonus event starts on November 24 and ends on November 30. Players can just simply log in and play either multiplayer or Zombies Mode to gain twice the normal XP.

The much-awaited Nuketown '84 is finally arriving on November 24. Players that want to try out and play in this map can do so by selecting "Nuketown 24/7" in the game's available playlist.

#BlackOpsColdWar update: We've reduced the base effective damage range by 33% and adjusted the initial recoil for Submachine Gun Alpha.

Now get out there and try the other four!

The MP5's reign of terror in Cold War's multiplayer has finally been addressed. With its ludicrous damage range and near-absent recoil, the MP5 (or Submachine Gun Alpha) became the go-to weapon during the early days of Cold War. With this new update, playerrs are now more likely to try out new loadouts instead.

Check Out All Submachine Guns Here!

After a long wait, Call Of Duty Cold War is now officially released for all platforms! However, some players are reporting that they're experiencing server related issues.

Preload For Some Platforms Starting!

Preload for Cold War has begin! For Xbox One & PS4, preload begins Nov.5. For PC, the preload starts Nov.10.

Players who play Call Of Duty Cold War Beta this weekend will earn double the amount of XP & weapons XP! Use this opportunity to boost your progression in the beta for max unlocks!

This new gameplay trailer gives us a glimpse on COD Cold War's story campaign. The trailer showcases Mason, Woods, and Adler going in to assassinate a target located in Turkey. In the trailer, the player misses, leading to a chase down the runway.

The dates have been officially revealed. Cold War's Beta will run for 2 weeks, with the PS4 starting a week earlier than the PC and Xbox. Players who did not pre-order the game can check it out during the 3-day open beta on October 17 to 19.

Check Out The Beta Release Here!

A trailer has been posted revealing the latest game in the Call Of Duty franchise. This game is a direct sequel to the original Black Ops, and it drops you into the heart of the Cold War during the 1980s!

Players that have preordered the digital version of COD Cold War on the PS4 or have beta codes can start preloading on October 7. The servers for the PS4 beta will go online on October 8 10am PT, and you can play the Beta until October 12.

Starts On September 18 10am PT

The Open Alpha starts on Friday, September 18 10am PT. Players can pre-load the game in order to immediately jump into the action once the servers open.

Currently, the open alpha for COD Cold War is only available to Playstation 4 owners. There's still no news if the alpha is going to come to the Xbox One or the PC. However, Open Beta schedules for all available platforms have already been released to the public.

NOTE: The dates below are based on leaks and assumptions. This will be updated as soon as more information is confirmed!.

Preorder To Play The Game Earlier

Check Out The Beta Release Here!