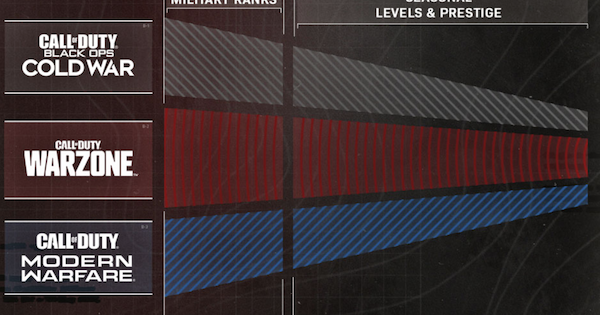 No Solution As Of Yet

Multiple players are currently reporting of a Prestige bug that displays a different level than what they currently have. As of the current moment, there is no available fix to this problem. The developers, Treyarch, may release a fix in the next coming days.

New Season Levels are now tied to a Seasonal Prestige progression system, meaning that they reset for every season. Same as with past Prestige levels, players get to unlock cool rewards and icons for their progression.

As this new system will be implemented once Cold War is out, existing player levels will be reset for Warzone and Modern Warfare. However, already unlocked weapons, equipment, and items will remain the same.

How To Level Up Weapon Levels Fast

Similar to the connection between Warzone and Modern Warfare, player progression is now shared between Black Ops Cold War and the other 2 games. This means that playing one game also directly affects your progression in the others.

Best Way To Earn XP Is To Play Cold War

With it being the new game with new content, the best way to earn levels and Prestige is through Black Ops Cold War. New challenges, new events, and other XP bonuses are to be expected after Cold War releases.

Zombies Mode also contributes to player progression in Cold War, also directly affecting progression in Warzone and Modern Warfare. Players that prefer to play Zombies mode can do so without any worry of missing out on unlocks and new weapons.