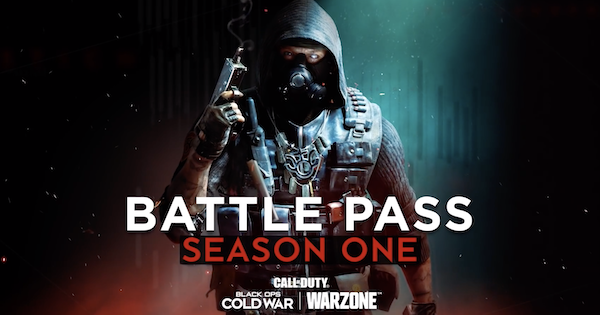 Guide for the Season 1 Battle Pass for Call of Duty Black Ops Cold War (COD Cold War) & Warzone 2021. Includes its rewards, release date, reset, tiers, how to level up, price (cost) and is it free?!!!

The first season of Cold War is now live and with it is a Battle Pass full of new items and rewards. These include 100 tiers of season-exclusive operators, weapons, and other cosmetic items. Just play the game and get enough points to get these rewards to enjoy them in both Warzone and Cold War multiplayer!

There are currently only 2 ways to get the Battle Pass: buy it or get it with the Ultimate Edition. Also, the Battle Pass has a total of 1300 COD points in it as rewards. This means that you can get back more than what you paid for. There is currently no known way of getting it for free.

Experience Season 1 With The Ultimate Edition

If you want the full Call of Duty Black Ops Cold War experience, you can get it by buying the Ultimate Edition.It includes the full Black Ops game, complete with the story campaign and multiplayer. Also with it are enough COD Points (CP) to purchase a Season 1 Battle Pass.

Season 1 also marks the introductio of shared progression between the 2 games. Cold War weapons, operators, and progression now affect Warzone too. This means that playing both games contributes to your Battle Pass and rank! Also, a new 40-player Warzone map called "Rebirth Island" is set to arrive with Season 1.

Check out How To Level Up / Rank Up Fast here!

The Season 1 contains 2 new weapons as rewards. Both weapons are usable in both Warzone, and Cold War multiplayer and Zombies. Both weapons can be had for free and you do not need a Battle Pass to get them.

Check Out All Operators Skins Here!

▲ Back to Table of Contents

The Battle Pass is an in-game economy system similar to what was introduced in 2019's COD Modern Warfare. There are plans to have more seasons and each one will have their own exclusive rewards. When a new "Season" releases, players can unlock season-specific loot by playing the game and completing challenges.