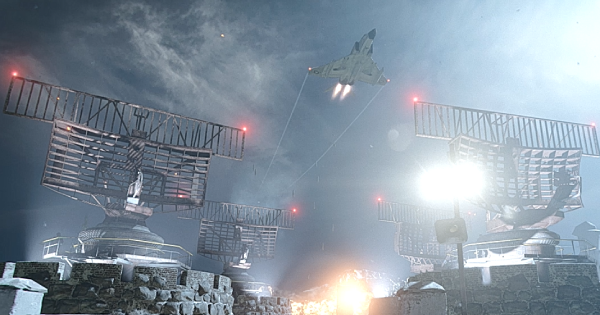 After choosing to tell the truth to Adler and the team, you set off after Perseus in a final confrontation. Stop him before he sets off the nukes!

Unlocked Based On Identity Crisis Choice

You'll either play "The Final Countdown" or "Ashes To Ashes" depending on the choice you make in Identity Crisis. You can only play either one.

Check Out The Identity Crisis Mission

This mission is the conclusion of the main story. It's one of the two endings you can get from playing the campaign.

There are no notable loot in this mission.

1. Ride Your Way To The Perseus Base - Tips

Shoot Down Towers On The Way

Take down the towers that you will pass through to get to the Perseus Base. Enemies will shoot at you from there and can even kill you before you get to the base.

The Soviet Heavy will not go down easily. He's heavily armored and can take a ton of damage. Aim for the head to deal as much as you can without getting gunned down by him.

Use Pillars To Flank Soviet Heavy

Use the Pillars to get behind the Soviet Heavy. Go around him and shoot him from behind to stop him from continuously shooting at you.

There are no evidences or clues that you can find in this mission.