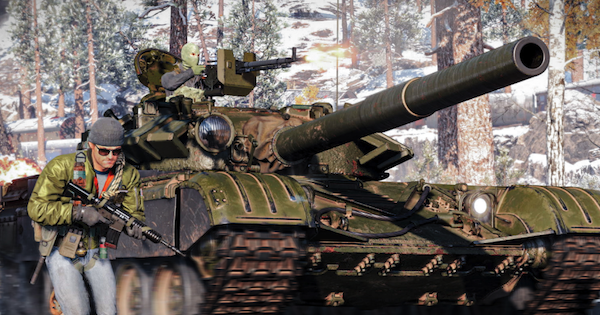 This map is split into 2 parts: the desert dunes and the caverns. The open dunes provide long avenues for snipers while the caverns allow players to safely navigate to the other side of the map.

Check Out The Satellite Map Here!

A beach, neon lights, and hotels offer a compact battlefield for players to enjoy. The maze-like alleys and the verticality opens up different avenues for attack.

Check Out The Miami Map Here!

In this small three-lane map based on a train station in central Moscow. Very tight and favors fast movement. Close quarters weapons are a requirement here.

Check Out The Moscow Map Here!

A NATO base with a tank depot in Hanover, West Germany. Both sides of the map converge inside the tank depot, making it a very contested and hot area.

Check Out The Garrison Map Here!

Black Ops Cold War's rendition of the beloved classic map. Nuketown 84 showcases the same layout with a new paint job. This is currently the smallest map in the game and also features an easter egg.

Check Out The Nuketown 84 Map Here!

A terrorist training facility with a replica of the US Presidential plane, Air Force One. Players battle can do battle between the buildings surrounding the plane or directly inside its body.

Check Out The Checkmate Map Here!

Raid is a Season 1 map that features the unique Los Angeles mansion. As a beloved classic, this 6v6 medium-sized map will be revamped to fit the current setting of the game.

Check Out The Raid Map Here!

The Mall is a Season 1 map set in a shopping mall. It has been featured as part of the official Season 1 Trailer.

Check Out The Mall Map Here!

The beloved Black Ops II map makes a return as a 6V6 map that features a U-shaped map with 2 tracks surrounding it. What makes this map unique is the train running around that makes roadkill out of any players unfortunate enough to get caught in the wrong place at the wrong time.

Check Out The Express Map Here!

Players battle it out in a snowy base located on top of one of the frigid places on earth. With tanks and speeders, players will need to navigate the unforgiving terrain and capture bunkers to win.

Check Out The Crossroads Map Here!

Located in the middle of the sea, players will need to make use of speed boats and the derelict ships to outsmart and outlast opponents.

Check Out The Armada Map Here!

Found deep within the jungles, this map features dozens of large warehouses and houses. Players must fight and clear through each building in this map.

Check Out The Cartel Map Here!

Sanatorium is a massive map for 40-player Fireteam game mode, with low-wooded hills area populated with derelict structures. It feature a land, sea and air all terrain experience.