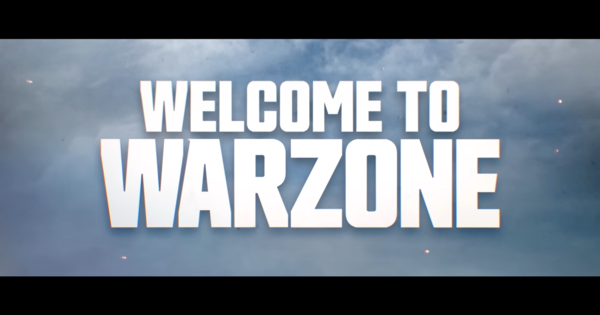 Check out this guide detailing the Warzone 2021: Battle Royale & Rumble mode in Call of Duty: Modern Warfare (COD MW). Find out Warzone latest info, maps, and what is Warzone!!!

Complete challenges in Rebirth Island & gain new cosmetic items and blueprint rewards! This limited-time seasonal event will have to going after each other's head in the new Rebirth island!

This patch mostly prepares Call of Duty Cold War's contents to sync with Warzone, most notably the addition of all Cold War weapons to Warzone, including new weapons from Season 1.

A new Rebirth Island (Alcatraz) map has been added to Warzone! This smaller 40 player map features more intense close-quarters engagements and a faster pacing. Also, a new gulag similar to Nuketown is now added as well!

Season 6 is finally live and like previous seasons, Season 6 will come with new weapons, new Operators, and new locations for both Warzone and Modern Warfare.

The new season's Battle Pass brings with it tons of season-exclusive skins, blueprints, and cosmetics. The Season 6 Battle Pass also comes with 2 new Operators, Farah and Nikolai. The Battle Pass can only be bought with COD Points.

Season 6's Battle Pass comes with 2 free weapons that players can use in both Modern Warfare and Warzone. Play to reach the tiers required to unlock the SPR 208 and AS VAL.

The lore deepens with every season and this time, the stakes are higher as the bunkers in Verdansk are getting activated. Get XP and know the current events in the game by taking on the Intel mission, "Tighten The Noose".

A new subway system arrives with Season 6! This brings a new dynamic in the fight for Verdansk as players can now quickly go from once place to another! This also means that players can use the tunnels and the stations to do battle.

Getting Started With Warzone

Before dropping into Verdansk, make sure you are up to speed with the current intel on Warzone! Learn the ropes on how to download, how progression works, character customization, & more before even dropping into a match!

Gain the upper hand by learning the different mechanics of Battle Royale and Rumble! Learn the ins and outs of the map, the best weapons, using buy stations, redeploying, and more!

Due to the release of the new Warzone Game Mode, there is a possibility that the servers are experiencing unprecedented traffic as the new game mode is free-to-play. The influx of new players may have placed an extremely high load on the game's servers making it difficult for players to connect.

Check Out The Current Network Status!

Warzone came with 1.17 update for CODMW. Check out details of changes in the table below.

Warzone Battle Royale Mode will be available for download on March 10, 8 AM PDT for players owning a CODMW copy. For other players, it will be March 10, 12 PM PDT.

Warzone mode is free to play and does not require a CODMW copy to play. Those that own a copy of CODMW however will get shared progression and all Battle Pass & Item Shop linked with the base game.

CODMW owners will be able to download the game earlier than the Free version players by 4 hours. After that, everyone can download and play Warzone.

Depending on if you own CODMW or not, the download size will differ greatly. Around 22 GB is needed for game owners and 100 GB may be required for free players.

Warzone is the newly added Free-To-Play content to CODMW, featuring a free-for-all gameplay experience in contrast to the team-versus based multiplayer or the single player campaign. It contains 2 modes for players to choose from. Official release says 150 players instead of 200, but the player count was mentioned to be expandable.

Crossplay Enabled For All Players

Warzone will have the same platform crossplay function just like CODMW, meaning PC, XBOX ONE, and PS4 players can fight together in the same map & server. There is no separation for Free version players and CODMW owners as well.

All Warzone progression will count towards CODMW, which may include weapons XP, ranks & challenges. Even items earned in battlepass can be used in Warzone!

The map used for Warzone is huge in size, which also encompasses many iconic zones featuring different terrain & structures. Players can change their deployed zone each round to get a fresh outlook of the game.

Confirmed: Fight In A Gulag For A Second Chance

Players downed in the Battle Royale mode can now have another shot at the round - the first time they are killed, they will appear in the Gulag for a 1v1 fight against another player for the chance to respawn!

Check Out How to Redeploy Here!

Teammates can be respawned if enough cash is paid for at the Buy Stations. Cash can be earned by finishing Contracts, which has different objectives like capturing a zone or killing certain players.

Killstreaks Available For Use In Warzone!

The staple of the COD series, Killstreaks are available for use in Warzone! Purchase them at Buy Stations with cash and deploy them as you see fit to turn the tides of survival!

What Is Battle Royale?

Last Man Standing With A Twist

Image is from the Black Ops 4 Blackout Trailer!!!

Battle Royale is a recent game mode popularized by games such as PUBG and Fortnite. The main goal of the game mode is to survive and the twist is that players must scramble and fight against each other for resources. There is a certain degree of randomness, making each Battle Royal match unique.

Battle Royale was first implemented in a Call of Duty game in Black Ops 4 as the "Blackout" Game Mode. This makes it very likely for the developers to use that as a blueprint and have it in the current setting with COD:MW.

The Season 2 Road Map revealed by Infinity Ward shows new content & modes expected to arrive in-season. Warzone appears to be the Game Mode promised to be delivered as part of the roadmap.

Practice With Bots To Get A Hang Of The System!

Not familiar with the mechanics for Battle Royale? Come practice with bots to get a hang of the game flow by setting up a practice game with bots! The bots has a lower difficulty than standard ones so don't be afraid to take a look!

Check out How To Set Up Bots Only Matches here!

Call of Duty: Warzone is an amazing battle royale game. I have been playing it for about 10 days and thanks to lots of helpful tips and tricks on downsights.com I have become a very good warzone player :)