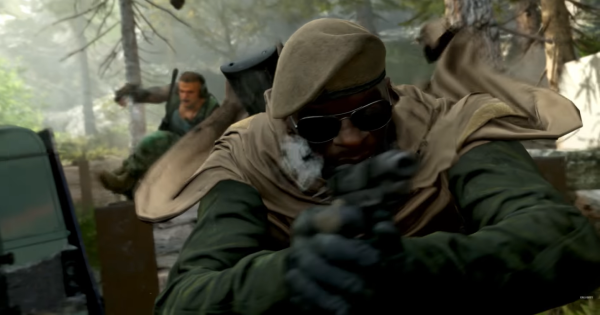 Learn the multiplayer game modes in Call of Duty: Modern Warfare 2019 (COD: MW)! Find out the different modes, how to play each one, rules & conditions.

Two teams fight to kill players on the opposing team. The first team to reach the score limit, or with the higher number of points once the timer runs out wins!

Each team will need to capture and defend several different points on the map to earn points. The first team to reach the score limit wins. Kills do not count towards your team's overall score.

A variation of Domination mode, now with 20 players. The same rules from domination apply.

There are no teams in this game mode! In this kill or be killed mode, you must survive and get kills to rack up your score. The top 3 players with the most points when the timer expires wins.

Check Out The Free For All Guide Here!

Kill Confirmed pits two teams against each other! Dying in this game mode will drop dog tags for either your team or the enemy team to pick up! Collecting these dog tags can reward your team points, or deny the enemy theirs!

Two teams fight to capture and hold a point in the map designated as the "Headquarters". These points randomly appear on the map after a set amount of time, and capturing and holding them rewards your team with the points required to win.

Two teams fight to retrieve an EMP device and plant it on the opposing team's Data Center, requiring both teams to play offensively and defensively. The round ends when either a team gets wiped out or if an objective gets destroyed. First team to win 5 rounds wins.

2 versus 2 game mode, with both teams having the same weapons and loadouts every round. To win a round, a pair must outlive and eliminate the opposing team. The pair with the most number of rounds won wins the whole match.

Realism Game Rule is a special ruleset that can be added on top of any multiplayer game mode, and removes the HUD of all players. In this mode, you will not be given any indication if you hit or kill an enemy, no notification if your shots connect, and more. It's just you, your gun, and your instincts!

Night Vision Mode will pit two teams against each other in a map's night variation. Your HUD will be limited, forcing you to play more carefully since you do not know where an enemy may appear!

2 teams of 6 players battle against one another to get control of Hardpoints and earn points for their team. It's a King of the Hill battle where the team with the most points wins.

In this game mode, one team will be tasked to plant a bomb and set it off, while the other needs to prevent them from doing so. Rounds are won when a team completes their goal or if a team is wiped out.

Check Out the Search And Destroy Mode Guide Here!

Free-for-All with a twist. Players start with the same weapon and loadout. Each kill rewards the player with a different weapon. The first player to reach 18 kills with 18 different weapons wins the game.

Capture the flag but with a twist! You can only respawn if your team captures an objective! Win a round by capturing all objectives, killing all enemies, or holding more objectives when time expires! First team to 4 round wins, takes home the gold!

Survive against the infected, or leave no survivors! This frantic game mode will have you in several close range fights! Survivors who fall in battle will respawn and join the enemy's ranks as an Infected!

Check Out the Infected Mode Here!

Fight to survive! Cranked mode requires players to continuously kill enemies in order to survive and rack up points. The first team to reach the score limit wins the match.

Check Out the Cranked Mode Here!

Dropzone plays similarly to Hardpoint with each team battling each other for control of randomly placed capture points. The twist is that Care Packages containing Killstreaks are dropped while a team is controlling an area.

Grind mixes Hardpoint and Kill Confirmed, requiring players to get dog tags from fallen enemies, and hand them over to a "bank" to be counted. The team with the highest number of submitted dog tags wins.

A classic game mode, Capture the Flag requires both teams to get the enemy team's flag and return with it to their base. The first team to score 6 points or has the highest score at the end of the match wins.

Check Out Capture the Flag Here!

Deathmatch Domination blends the rules of Team Deathmatch and Domination, requiring players to kill enemies and capture specific points in the map to earn points. The first team to score 300 points wins the match.

A larger and more chaotic Domination. Two teams of up to 32 players fight for control over specific locations in the map. The more locations, the more points as time passes. Both aerial and land vehicles are also available for each team's disposal.Check Out The Ground War Mode Guide Here!

Vehicles takes on a more important role in Ground Wars: They can help flank or suppress an objective, or get players to locations and heights that's unreachable without vehicles. Learn to use them to dominate!

Check out All Vehicle Guide here!

Playing similarly to the classic "Capture The Flag" game mode, both team will be fighting over a single flag and aim to hold on to it while fighting off your rivals.

The Cabin Fever playlist includes several small compact maps. Choose this playlist if you want faster matches and quick kills or if you are looking to increase your weapon levels. Note that as the playlist follows 6v6 Moshpit (core game modes), game modes may differ after every match.

Team Deathmatch is a fast paced mode that helps beginners ease into the fast pace of the game. Here, death does not give you a heavy penalty since respawning is quick. The main focus of the game is to get kills which eases the learning curve of the game.

Realism Mode is recommended for players with good tactical decision-making skills, since it levels the playing field for all players. Veteran players will not be able to use different HUD elements to get easy kills from beginners.