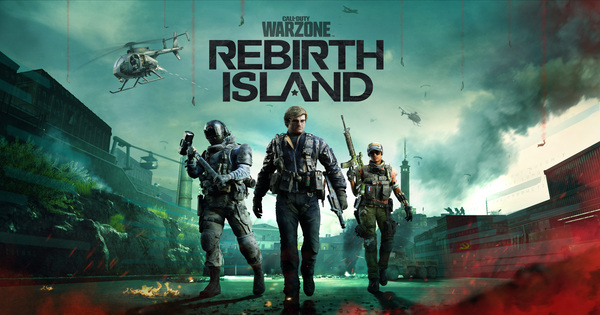 In celebration of the release of the new map, a time-exclusive seasonal event is currently on-going that's exclusive to the Rebirth Island map. Complete 16 challenges to earn Charms,

While being a Warzone map, Rebirth Island boasts a smaller scale of around the size of a Ground War map that houses up to 45 players in core modes. It promises quick tempo fights and close-quarters split seconds engagements due to its size.

Rebirth Island is now the battlefield for the game modes: Battle Royale and Plunder. Here, players can enter buildings and explore the open world to outsmart and outplay their opponents. Also a time-limited Resurgence Royale is available for the map exclusively.

How To Play On Rebirth Island

To get a guaranteed Rebirth Island map play, choose the "Resurgence Royale" Playlist that's currently available in the playlist. As this playlist is tailored specifically for Rebirth Island, you'll get to play Rebirth Island all the time albeit at a bit different rulesets.

A total of 11 Buy Stations are littered around the map for players to use. These quite rare and dangerous to access considering their spacing & numbers so take caution when you gathered the cash to make a buy.

Numerous vehicles can be found in the Rebirth island map, with even helicopters for players to grab. They can be used to nab high grounds or reposition faster than on foot.

Rebirth Island's designed in a way where medium to close range encounters are more common than long-range sniper duels. Weapons with good weapons handling & light recoil such as the M4A1, Grau 5.56 will perform much more stable in this environment to pick people off steadily.

As numerous enemy squads will be close to each other, 1 single firefight could attract multiple contacts to an area that snowsballs into a all-out war. You'll need more ammo in the magazine to deal with the ever- growing threat in a prolonged conflict, so LMGs or at least larger mags is preferred in Rebirth Island.

Getting the higher ground in Rebirth Island, whether its taking a hill or on top of roofs are far more advantageous - you get a better view & firing angle, while the opponents has a harder time firing back due to terrain height & cover. After grabbing enough resources, find a good high ground to lock down on.

Vehicle Ramming Isn't Too Much Of Issue

Unlike Verdansk, Vehicles isn't too common here and their mobility is hindered by the numerous structures. You can free up Anti-Tank weapons in your loadout for other more anti-personnel weapons such as SMG!

Due to the smaller map size and the more boxy exteriors, killstreaks has the potential to deal more damage to enemy teams (and maybe to yourself). Consider using these to clear out rooftops or enemies entrenched in camps.