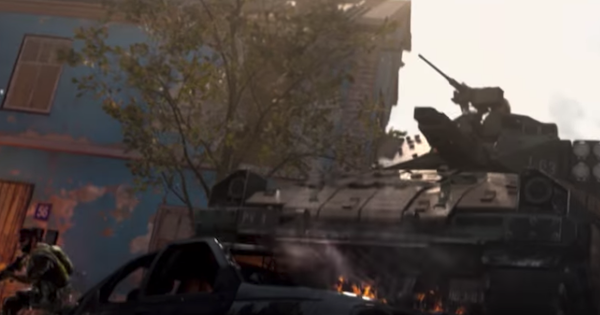 Two teams, each composed of 20 or 32 players, square off to capture an odd number of objectives in a large map. The game is basically a larger version of Domination, with each captured objective giving a point to the team every few seconds. The first team to reach 250 points wins.

Your team can immediately win the game by capturing all locations in the map and holding them for 45 seconds. If the enemy team has failed to capture any of the points during this time, a nuke drops, ending the game with a victory for your team.

Available On All Platforms

The Ground War Game Mode is not PC-only exclusive and is also available on the PS4 and Xbox One.

Weapons For All Situations

Ground War is an objective-based game. You'll either have to defend a position or go for the offensive, switching between the two in just mere seconds. With that, it's best to have a loadout suited for both situations.

Launchers When Fighting Against Vehicles

A very cost-effective way to completely eliminate an enemy vehicle is by equipping a rocket launcher in one of your loadouts. Flank enemy vehicles for greater damage.

Check Out All Launchers Here!

As the player count is higher, expect waves of 5 or 6 enemies trudging towards your objectives at any given time. Often times you'll find yourself dying during a reload, so prevent this from happening by carrying a high-capacity LMG as your main or side.

C4 is a do-all explosive and is a viable tool when fighting against both infantry and vehicles. Toss them into windows or enemy positions when you get near enough, and trigger them to see the scores flash on your screen.

Molotov Cocktails explode over an area, engulfing it in flames for a few seconds and damaging anyone brave enough to go through. You can use this lethal to deter enemy forces and buy time for your team to mount a counter-offensive.

Snapshot And Gas Grenades For Tacticals

Snapshot Grenades not only benefits you, but also your whole team, sharing enemy locations and numbers. Gas Grenades help flush out enemy opposition and can help your team in pressuring and capturing an objective.

Even with the chaotic combat of Ground War, remaining undetected can net you some clean kills that can help your team push. You can go for this build if you're planning on flanking and capturing the farther objective.

With these three perks, you can go for the offensive, lobbing grenades and using your ARs and machineguns to gun down adversaries. You'll more likely make a glaring red blip in the enemy's minimap with this build, so try to keep close and fight with your team.

Go For The Objectives

Ground War is an objective based game-mode with points determined by the number of objectives your team holds. While kills and deaths have no bearing on the score, they do have an impact on how your team can capture or defend a point.

Coordinate With Your Team

The team with better coordination and teamplay is the winner in Ground War. Try to organize a good offense with your squad and call in for back-up and support if necessary. Remember that Ground War is not a duel, but a team-based fight.

Use Your Squadmates To Spawn

You can immediately join the thick of the fight by spawning on your squadmate. Assess where and when to spawn to prevent mistakes and giving the enemy team a free kill.

You Can Shoot Down Air Units

You can shoot down enemy helicopters, planes, and drones with just your guns. Make it a habit to take them out to relieve the pressure off your team.

Use Vehicles To Push, Not To Just Kill

IAV and other vehicles offer a tremendous advantage to the team that can field them well. Use these vehicles to support and cover your team in capturing objectives, or in helping to stop the enemy offensive when defending.

Don't try to force your way with grenades when fighting against vehicles. Use rocket launchers to prevent them from pushing your team. Make it a habit to change classes (if you can) whenever an enemy vehicle is pressuring an objective.

Vehicle Kills Are Not Counted For Nukes

APCs and other ground vehicle kills do not count towards a nuke. You need to have 30 consecutive kills without dying in order to deploy a nuke and force the game to end with a win for your team.